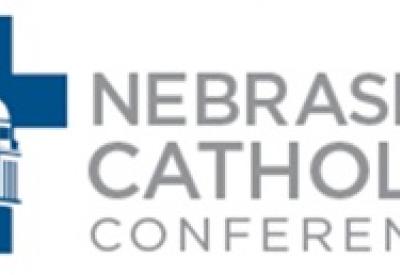 In 2015, the Bishops of Nebraska came out with a statement calling for an end to the death penalty in the state and for support to promote the dignity and sanctity of all life. At the time, the fate of the death penalty in Nebraska was set as a referendum measure to be decided by a vote in the 2016 election. A portion of the statement is read as follows:

"The Roman Catholic Church has long called for a culture of life, promoting and supporting the fundamental good of human life in all areas of civil government for the sake of the common good. Catholic teaching allows the use of the death penalty under certain clear and specific conditions. We do not believe that those conditions exist in Nebraska at this time.

We have great compassion for those families who have been impacted by acts of profound violence. Their pain is real, and they are not alone in their anger over the injustice they have suffered. However, we do not believe that violence is best fought with violence. Too often, the death penalty serves our cultural desire for vengeance. We must all be careful to temper our natural outrage against violent crime with a recognition of the dignity of all people, even the guilty.

We are also disturbed that since 1973, 143 individuals in the U.S. have been released from death row as the result of evidence that demonstrated they were wrongly convicted.  As technology improves, this may become more commonplace.  We also know that racial minorities and the poor are disproportionately sentenced to death, often as a consequence of racial bias or inadequate defense due to an ability to pay for better representation.  We are deeply troubled by a justice system in which the innocent might be executed, and in which race, education, and economics might play a factor in a death sentence.

The death penalty is not necessary in Nebraska.  The purposes of a criminal justice system are rehabilitation, deterrence, public safety, and the restoration of justice.  The death penalty does not provide rehabilitation to convicted criminals.  There is no clear evidence that executions deter crime.  Public safety can be assured through other means.  And justice requires punishment, but it does not require that those who have committed capital crimes be put to death.

We call for the repeal of the death penalty in our state.  We also call the state of Nebraska to increase efforts towards the rehabilitation of all criminals. We recognize that some criminals will never be fit for reintegration into society. Therefore, we support the use of just sentences that keep Nebraskans safe.

Our position is rooted in the teachings of our faith. We ask those who disagree with us to reflect prayerfully on the words of Jesus Christ himself: “love your enemies, and pray for those who persecute you, that you may be children of your heavenly Father.”