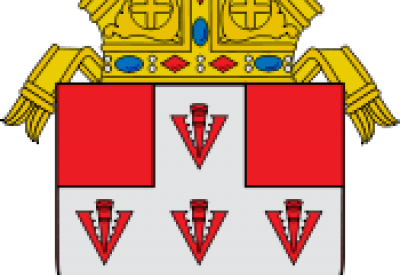 In 2015, Archbishop Coakley came out with a statement calling for an end to the death penalty in the state and for support to promote the dignity and sanctity of all life. At the time, there was an Oklahoma court case to be heard by the U.S. Supreme Court challenging Oklahoma's death penalty. A portion of the statement is read as follows:

"In April, the U.S. Supreme Court will hear arguments in a case out of Oklahoma (Glossip v. Gross) that challenges the widely used lethal injection protocol in carrying out the death penalty. This comes a year after the high profile flawed execution of convicted killer Clayton Lockett. At that time, I called for a reexamination of the use of the death penalty in our state and a moratorium that might lead ultimately to its abolition.

I want to reaffirm my opposition to the use of the death penalty and call upon Catholics, and all people of Oklahoma, to work together toward the abolition of the death penalty in our state. Let us pray together that the court’s review will lead to a recognition that this form of institutionalized violence against persons is not in the best interest of the state, and is ultimately harmful to society because it further erodes respect for the dignity of the human person.

There also are numerous practical reasons for seeking the abolition of capital punishment; among them are cost and potential innocence. First, the process of capital punishment is extremely expensive, and resources spent on the appeal process for condemned criminals could be spent on crime prevention and restorative justice for those convicted of lesser crimes. Second, there is the real possibility of condemning the wrong person. For example, DNA evidence, unavailable only a few years ago, has led to at least 25 exonerations of those who had been wrongly convicted and sentenced to death. This certainly should give us pause when considering the unimaginable injustice of mistakenly executing an innocent man or woman.

Though the moral weight of capital punishment, abortion, euthanasia, war and human trafficking may differ, they are all fundamental life issues. At a moment when the tide of violence is rising globally and we are witnessing inhumane atrocities committed daily by violent extremists, our moral opposition to these acts, and credibility as witnesses to the sanctity of life and the dignity of the human person will be enhanced immeasurably if we can unite our voices in rejecting the use of the death penalty here in Oklahoma and throughout the United States of America."