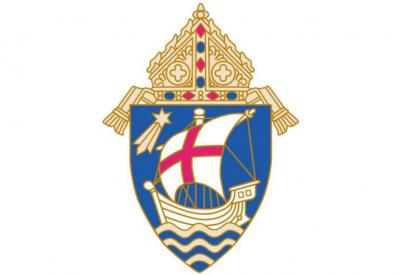 In 2015, the Bishop of Utah came out with a statement calling for an end to the death penalty in the state and for support to promote the dignity and sanctity of all life. At the time, there was a bill being debated in the legislature which sought to reinstate the firing squad as a death penalty option. A portion of the statement is read as follows:

"A recent debate in the Utah House of Representatives seems to suggest growing recognition among legislators of the precarious place any state occupies when it tries to take on a role best left to God. Representatives debated HB 11 Death Penalty Amendments, a bill that would reinstate death by firing squad for those convicted of capital crimes. While the death penalty in any form is abhorrent, strapping a person to a chair with a hood over his head and a bull’s eye on his heart creates a disturbing image of the individual as little more than a target at a shooting range. This dehumanization of life is troubling, to say the least. But it is not just the inherent violence in any intentional destruction of human life that we should denounce. At its core, the death penalty is repugnant to us because of our firmly held belief that only God can give life and, consequently, only God can rightly take it away.

Our Catholic faith rests on a belief that every life is a gift, and every moment of life is an opportunity for God to work within each of us. By allowing the state to choose when to take a human life, we give the state the power to shut down God’s acts of grace within an individual. God does not abandon even the most violent criminal. He offers salvation to everyone at all times, but when the state carries out an execution it terminates the convicted person’s opportunity to return to a right relationship with God against God’s wishes, thus aborting any chance the person may have had to repent and be forgiven for his or her crime.

The state can offer no justification for its continued practice of interfering with God’s merciful judgment in order to impose the death penalty for capital crimes. In the case of HB 11 at least one representative voiced a common yet troubling human tendency to seek revenge. The representative stated that he wanted to see “heinous people” suffer as they die. The representative is not alone in feeling this way at times. Few human beings could claim to have never felt a desire to see someone who has committed a horrendous crime severely punished. But it is my great hope that the floor debate in the House, ending with a close vote of 39-34 on the bill, demonstrated a deep-seated understanding that no judge, jury, state legislature, individual or group of individuals is capable of deciding that another person should be denied his or her basic humanity. Exemplary of heinousness as a person’s actions may be, the sanctity of their lives remains.

We are commanded by God to honor this: “Vengeance is mine, I will repay,” says the Lord. (Rom12:19) The 2015 Legislature has an opportunity with HB 11. Given the floor debate over the bill, it seems now is the opportune time for legislators to discuss the sanctity of life and how it is denigrated by the current state policy of sanctioning the killing of people as retribution. Legislators should abandon HB 11 and instead consider an in-depth study of the death penalty in Utah. With a little grace, a close look at the penalty will reveal its many flaws and result in the eventual abolition of the death penalty, returning Utah to the reverence for creation that God intended."