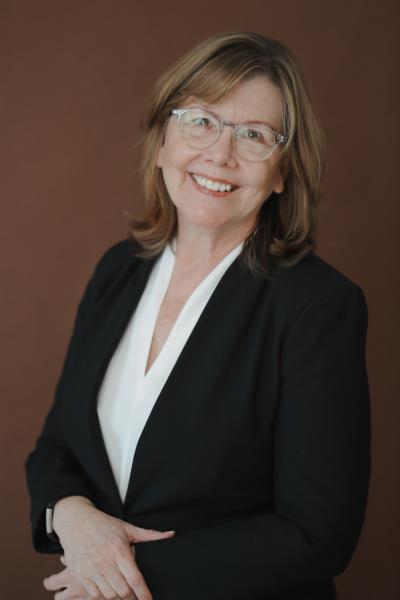 Mary previously served Georgetown University Law Center as Associate Director of Mission Integration, spiritual director, and Adjunct Professor of Law, with a particular focus at the intersection of psychology, spirituality, and the work of justice. Mary studied and trained in theology, spirituality, and spiritual direction at Santa Clara University and the Washington Theological Union from which she earned a Masters of Arts in Pastoral Studies. She has extensive experience in pastoral ministry, including the ministry of spiritual direction, having served in hospitals and universities for over 15 years. Prior to coming to Georgetown Law, Mary served for two years as a spiritual director at the St. Luke Institute in Silver Spring, Maryland.

Another area of Mary’s study and practice is peacebuilding, having studied and trained at Eastern Mennonite University’s Center for Justice and Peacebuilding. She completed her final project at the Washington Theological Union on Catholic Peacebuilding, focusing on circle processes in the context of Kenya’s post-conflict reconciliation. She returned to the U.S. to serve the Leadership Conference of Women Religious during the Doctrinal Assessment and Mandate of the Congregation of the Doctrine of the Faith.

Mary was the founding Chair of the Board of the Catholic Mobilizing Network and continues to serve as the Board Secretary.  She is the author of “Forming Restorative Justice Practitioners: Learning to Make Meaning of our Trauma Exposure Response,” University of St. Thomas Law Journal, Volume 17-1, 2020.