2017 End of Year Update on the Death Penalty 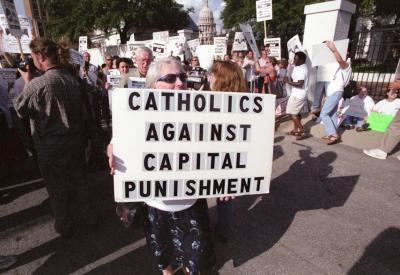 As 2017 comes to an end and we get ready to begin a new year, here is a quick recap of all that happened with the death penalty this last year.

Problems with Executions: 2017 has witnessed several difficult issues with carrying out an execution.  Alva Campbell Jr. in Ohio.l suffers from a severe health condition that makes finding a suitable vein for injection extremely difficult. In November 2017, after over two hours of medical personnel trying to find a suitable vein, Campbell's execution was called off.  Additionally, issues with the source of lethal injection drugs, as well as questions surrounding severe mental illness, intellectual disabilities, and legal counsel in several executions brought to light that the death penalty is a broken system which is cruel and unnecessary.

Exonerations: In 2017 here were 4 exonerations throughout the course of the year, making the total number 160 people who have been exonerated from death row since 1973.

Stays of Execution: CMN supporters made a big impact this last year. Through CMN’s Mercy in Action, over 13,000 letters, countless tweets, phone calls, and prayers were completed in the name of life. Overall, CMN helped to contribute to the stays of execution for over 20 individuals in 2017.

Want to take action to stop the scheduled executions in 2018? Join CMN's Mercy in Action Project and receive updates and tools to advocate for life!