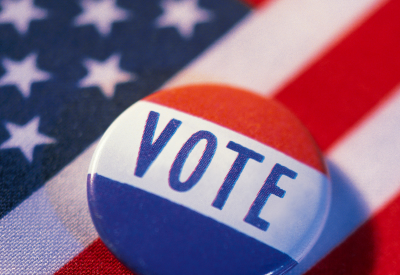 "The arc of the moral universe is long, but it bends toward justice."
-Rev. Dr. Martin Luther King Jr.

The United States, being the only Western nation to still actively employ the use of capital punishment, has a long way to go in mending its broken criminal justice system. But there is hope! In the 2018 Midterm Elections, millions of Americans voted for concrete criminal justice reforms.

From governors races to ballot measures, these Americans used the power of their voices and their votes to work toward a more restorative criminal justice system. Here are just a few of the recent victories that point to an end to the death penalty, which is indeed on the horizon:

Though death penalty supporter Greg Abbott held onto his governor seat, criminal justice reform measures in Texas continue to trickle throughout the state's juvenile court system and bail reform policies. Harris County, Texas — notorious for its high death sentencing and execution rates — saw all 59 of its eligible judicial benches swept by Democrats, many of whom oppose capital punishment.

Louisiana voters gave resounding approval for Amendment 2, which repeals a Jim Crow-era law that allowed non-unanimous juries to determine felony convictions. The antiquated policy required a consensus from only 10 out of 12 jurors, often with racist implications. Juries consisting of mostly white members had the ability to outvote black jurors, effectively silencing them.

Amendment 2, which goes into effect on January 1, 2019, requires unanimous jury verdicts for all felony cases.

There is hope that the success of the ballot measure will create a groundswell of support for incoming LA death penalty repeal bills to be introduced in the 2019 legislative session.

Midterm elections in Oregon, a moratorium state, had little impact on the political landscape. Governor Kate Brown kept her seat and will continue the state’s ongoing moratorium on executions throughout her new term.

On the east coast, fellow moratorium state Pennsylvania gained 11 new Democratic senators, many of whom are ready for reinvigorated efforts to push for death penalty repeal.

Repeal efforts in Colorado are in full-swing as Governor-elect Jared Polis — who is on the record opposing capital punishment — prepares to assume office.

In Kansas, both Governor-elect Laura Kelly and Lieutenant Governor-elect Lynn Rogers are also pro-repeal. The elections of these vocal anti-death penalty leaders reflect a much larger trend showing that support for capital punishment is on a steady decline among citizens nationwide.

After a disappointing veto by New Hampshire Governor Chris Sununu on a death penalty repeal bill last March, the state is once again gearing up to put forward a new death penalty abolition bill. With both the House and Senate now under Democratic control, there may be enough votes to override another veto from Gov. Sununu, resulting in an end to capital punishment in New Hampshire.

One of the biggest victories on election night came from the Sunshine State. Florida passed Amendment 4, a constitutional amendment that restored voting rights to individuals with felony convictions after they have completed their sentences. The ballot initiative's success is the biggest expansion of voting rights since the passage of the 26th Amendment in 1971, which lowered the voting age from 21 to 18. It is estimated that the passage of Amendment 2 could give more than 1.5 million Floridians the right to vote.

These wins from the 2018 midterm elections show encouraging support nationwide for this long, winding road to criminal justice reform. Several states are now more primed for death penalty repeal than ever before.

As states prepare to welcome new leaders who are willing to create more restorative approaches to criminal justice, we pray that those measures will serve to build an authentic culture of life — one where the very concept of capital punishment seems inconceivable.

An uncommonly aggressive execution schedule in November places six lives at risk. Read more to learn how you can take action.

On Monday, May 20, 2019, as a sign of solidarity and commitment to ending the death penalty and upholding the sanctity of all human life, the Florida Catholic Conference of Bishops sent a letter to Governor Ron DeSantis urging him to halt the execution of Robert Long, scheduled for Thursday, May 23, 2019. Read an excerpt of the letter below: "Even if there were no mitigating circumstances, the Conference would still implore you to choose life over death for Mr. Long. Although he caused much harm, society has been safe from his aggressive acts in the decades of his incarceration. Without taking his life, society can be protected while he endures the alternative sentence of life without the possibility of parole. It is a severe punishment.

Mark Robertson is scheduled to be executed in Texas on Thursday, April 11, 2019 for the 1989 murder of 81-year old Edna Brau. Mr. Robertson was sentenced to death by a jury through a procedure  deemed unconstitutional by the Supreme Court for its exclusion of the mitigating evidence that Mr. Robertson had an abusive father and a history of drug use. Though the Supreme Court vacated Mr.

On February 28, 2019, Billie Wayne Coble is scheduled to be executed in Texas for the murders of Zelda, Robert, and Sergeant Bobby Vicha in 1989. Catholic Mobilizing Network calls on all people of goodwill to oppose this action.