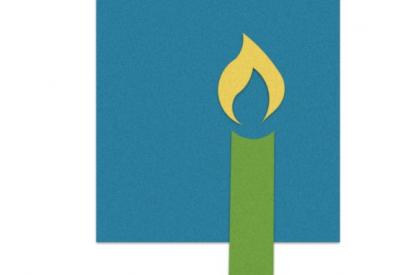 Washington, DC - In anticipation of the March for Life on Friday, eight national Catholic Organizations sent a joint letter to President Trump and Congressional leadership calling for a renewed commitment to the dignity of all life and promotion of the common good. The letter has been endorsed by: Catholic Mobilizing Network, Catholic Climate Covenant, Ignatian Solidarity Network, The Jesuit Conference of Canada and the United States, The Leadership Conference of Women Religious, Conference of Major Superiors of Men, National Catholic Council of Women and the Columban Center for Advocacy and Outreach.

The letter, addressed to President Trump as well as majority and minority leaders of Congress, asks that as the new administration takes office, “the dignity of all life, a strong commitment to a just peace, and care for our common home hold a central focus.”

Karen Clifton, Executive Director of Catholic Mobilizing Network, the national, Catholic organization working to end the use of the death penalty and promote restorative justice, commenting on the significance of such an array of organizations coming together for this joint letter stated, “While we each work on our individual issues both locally or nationally, we are all working for the dignity of life. As Catholics, we are called to uphold and respect the needs of all people, with a preferential concern for the poor and vulnerable.”

Calling for a renewed focus on life, the statement addresses a broad array of issues including climate change, global conflict and violence, immigration, healthcare, the refugee crisis, and the injustices present in our criminal justice system. The joint letter asks President Trump and Congressional leaders “to prioritize human life and to promote policies that will enable life to flourish.”

Clifton further remarked that in the aftermath of a such a divisive political season, “This is a teachable moment. This joint letter serves as an affirmation of our faith and its dedication to the right to life and protection of ​the vulnerable in our midst.”

Calling for the new administration to address the complex realities many in society face, the letter specifically calls for:

The letter echoes the challenge Pope Francis laid before Congress in 2015 when he affirmed, “Our efforts must aim at restoring hope, righting wrongs, maintaining commitments, and thus promoting the well-being of individuals and of peoples."

The letter concludes with Catholic leaders urging the President and Congressional leadership to “show you value life by leading our great country with justice, mercy, compassion, and wisdom.”

Click here to view a full transcript of the joint letter at Catholicsmobilizing.org.

The Catholic Mobilizing Network (CMN), working in close collaboration with United States Conference of Catholic Bishops and as a sponsored ministry of the Congregation of St. Joseph, proclaims the Church’s pro-life teaching and prepares Catholics for informed involvement in the public debate to end the death penalty and promote restorative justice.