Catholic Mobilizing Network Rejoices at the Victory for Life in Arkansas 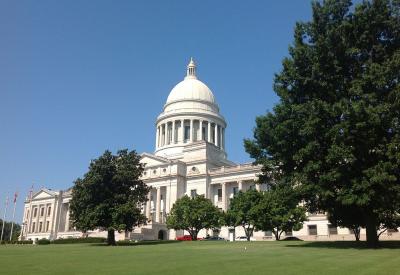 **Due to the injunctions in both Arkansas State and Federal courts granting stays of execution for all 8 men, the press call on April 17th has been canceled **

Catholic Mobilizing Network Rejoices at the Victory for Life in Arkansas

“After the darkness of Good Friday has come a great light”

Washington, DC - Catholic Mobilizing Network (CMN), the national, Catholic organization working to end the death penalty and promote restorative justice, joins all people of goodwill in rejoicing in the victory for life in Arkansas  that has come as a result of both state and federal court rulings granting stays of executions for each of the 8 men. These rulings follow the tireless efforts of faith leaders, death penalty abolition advocates, and concerned citizens across the United States.

“After the darkness of Good Friday has come a great light,” Karen Clifton, Executive Director of Catholic Mobilizing Network said, “This unprecedented plan to execute 8 men in 10 days witnessed an extraordinary response from so many people calling for a culture of life and an end to this practice of retribution. Catholic Mobilizing Network is grateful for everyone who used their voice to stand for life this Lent.”

Bishop Anthony Taylor of the Diocese of Little Rock, AR furthered this affirmation of life, “I would like to thank everyone who has prayed and worked so hard to prevent these scheduled executions from taking place.  Let us continue to pray and work for the abolition of the death penalty in Arkansas and throughout the country.” Bishop Taylor further commented, “Let us also pray for healing for the victims of the horrific crimes that those in prison have committed and for the perpetrators themselves.  The Lord never gives up on anyone and neither should we."

These two rulings, one from Circuit Court judge Wendell Griffen issuing a temporary restraining order to block executions on Friday evening and one from Federal Judge Kristine G. Baker on Saturday morning issuing a preliminary order staying the executions in response to a lawsuit mounted by the death-row inmates, came in the shadow of strong public opposition voiced at a rally held at the Arkansas state capitol on Good Friday afternoon. The rally included the delivery of a petition organized by a broad coalition of organizations, including Catholic Mobilizing Network, carrying 157,593 signatures calling for an end to these 8 planned executions.

“While we celebrate this victory of life over death on this Easter weekend, there is still work to be done to end our culture of death,” Clifton remarked. “This Easter season it is clear the  Spirit is calling all to respond with mercy and justice to the egregious attacks on life like those in Arkansas and throughout our country; something Catholic Mobilizing Network is helping to facilitate through our new initiative, the National Catholic Pledge to End the Death Penalty. This pledge allows all people of good will to better educate, advocate, and pray for an end to the use of the death penalty.”

More information about the National Catholic Pledge to End the Death Penalty as well as Catholic Mobilizing Network can be found at catholicsmobilizing.org

Catholic Mobilizing Network (CMN), a sponsored ministry of the Congregation of St. Joseph that works in close collaboration with United States Conference of Catholic Bishops, proclaims the Church’s pro-life teaching and prepares Catholics for informed involvement in the public debate to end the death penalty and promote restorative justice.