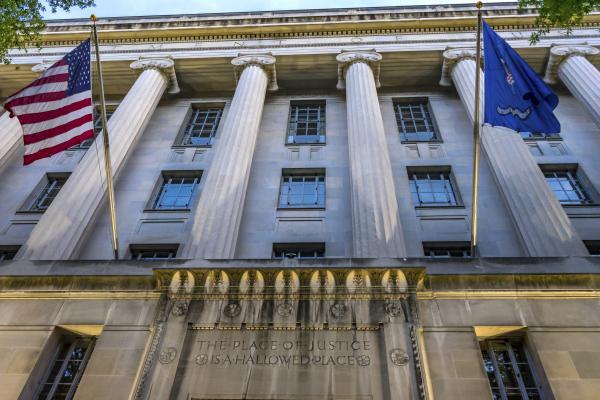 On Sept. 23, in the hours between green-lighting two federal executions, Attorney General William Barr, a Catholic, received an award from an independent entity known as the “National Catholic Prayer Breakfast.” The Christifideles Laici award — named after St. John Paul II’s postsynodal exhortation — is said to honor those who “serve the Church so well.”

“With this award for Mr. Barr, the ‘National Catholic Prayer Breakfast’ has become a twisted halftime show between executions,” commented CMN Executive Director Krisanne Vaillancourt Murphy in a Sept. 23 press release. “[It] could mislead the public to believe the Catholic Church somehow condones the death penalty. This is categorically false.”

Indeed, A.G. Barr’s authorization of the executions of William LeCroy on Sept. 22 and Christopher Vialva on Sept. 24 stands in flagrant contradiction to the Church’s teachings, which hold that the death penalty is "inadmissible because it is an attack on the inviolability and dignity of the person" (Catholic Catechism 2267).

The decision by "National Catholic Prayer Breakfast" organizers to honor A.G. Barr, paired with the Department of Justice’s continued escalation of federal executions over the past three months, drew an outcry from Catholics in the pews as well as those in prominent positions of Church leadership. Thousands joined voices to amplify the Church’s anti-death penalty teachings in the days leading up to the breakfast; the chorus urged A.G. Barr to reverse course on federal executions and respect the sacred dignity of all human life.

On July 14, 2020, the U.S. federal government restarted executions for the first time in 17 years, with AG Barr serving as the principal administration official behind the resumption effort. Since then, the Department of Justice — with AG Barr at the helm — has carried out more federal executions than in any other comparable time in the past 70 years. 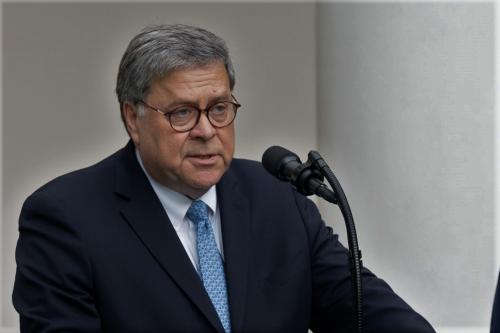 At the time of the “National Catholic Prayer Breakfast,” AG Barr had overseen an unprecedented six federal executions over the span of three months, including that of William LeCroy, whose 9:06 pm time of death fell less than 15 hours before AG Barr accepted his award. A seventh execution — that of Christopher Vialva — was green-lighted by AG Barr on the day immediately following the breakfast. Mr. Vialva was the first Black man put to death by the federal government in 70 years. He was sentenced to death for a crime he committed as a teenager.

On the eve of the breakfast, the United States Conference of Catholic Bishops issued its fourth public statement in opposition to federal executions since the resumption was announced in July 2019.

“Responsibility for harm is necessary if healing is to occur and can be instrumental in protecting society,” the bishop chairmen noted, “but executions are completely unnecessary and unacceptable, as Popes St. John Paul II, Benedict XVI, and Francis have all articulated.”

The “unusually blunt statement” — which explicitly refers to both President Trump and AG Barr by name — follows a string of other high-profile USCCB actions to halt federal executions, including a live roundtable discussion on World Day Against the Death Penalty in October 2019, a December 2019 op-ed in America Magazine, an action alert, and an amicus curiae brief in a case before the U.S. Supreme Court.

On Sept. 18, the Catholic Archdiocese of Santa Fe released a statement of its own calling for a withdrawal of the award to AG Barr.

CMN Executive Director Krisanne Vaillancourt Murphy also spoke out in solidarity with more than 200 other Catholic priests, sisters, theologians, and lay leaders in a Sept. 21 statement by Franciscan Action Network objecting to the award.

Advocating and Praying for a Culture of Life

On Sept. 10, CMN relaunched its National Catholic Petition Against Federal Executions, where more than 6,000 Catholics and people of goodwill urged AG Barr to reverse course on federal executions and send a signal to "National Catholic Prayer Breakfast" organizers that such egregious violations of human dignity as executions are not to be rewarded.

On the days surrounding the prayer breakfast, CMN hosted Virtual Prayer Vigils for William LeCroy and Christopher Vialva. The vigils marked the sixth and seventh such virtual gatherings lamenting federal executions since the restart of the practice in July. Both vigils drew the participation of hundreds of attendees nationwide, and featured the voices of Church leaders including Archbishop Paul S. Coakley of Oklahoma City, Cardinal Daniel N. DiNardo of Galveston-Houston, Archbishop Wilton D. Gregory of Atlanta, Archbishop Gregory J. Hartmayer of Atlanta, and Sr. Carol Zinn, SSJ, Executive Director of the Leadership Conference of Women Religious.

Recordings and selected statements from past CMN prayer vigils are available here.

The Future of Federal Executions

The Sept. 24 execution of Christopher Vialva was the last execution date set by the federal government as of Sept. 25, 2020. While no additional federal executions are expected this year, their looming specter requires the continued vigilance of Catholics and all people of goodwill. (Sept. 30 update: An eighth federal execution has been scheduled for November 2020. Read more here.)

“Mr. Barr had the authority to stop the executions of Mr. LeCroy and Mr. Vialva, as well as the deaths of five men before them. Repeatedly, he has declined to do so,” said Vaillancourt Murphy. “Nothing about this is pro-life.”