The Importance of Clemency in the Death Penalty System 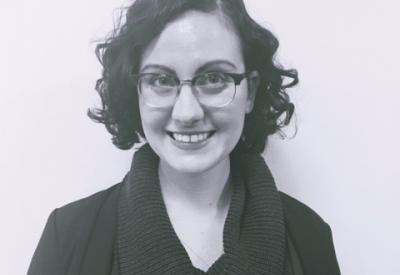 Although the effort to seek clemency for non-violent offenders is gaining traction in our country, the very notion of clemency is not new. In fact, the origins date back thousands of years, to both ancient Greek and Judeo law. The Old and the New Testaments speak about clemency: “and I will have mercy on whom I will have mercy and will show clemency on whom I will show clemency.” (Exo: 33:19). In Latin, the word clemens translates into “merciful.” Preeminent legal scholars of our Anglo-American legal practices draw from these traditions, emphasizing the significance of a criminal code tempered by the possibility of mercy.

Today, clemency is generally understood to mean the power of the executive branch (either state or federal) to reduce a criminal sentence. In the death-penalty system, clemency is the final instance for a death sentence to be reviewed before an execution is carried out. Although there is no mention of it in the Bill of Rights, every state, including the federal government, provides a means for people convicted of a crime to seek clemency.

Clemency typically takes one of three forms: a pardon, which ‘undoes’ a criminal conviction and its consequences; a commutation, which reduces a sentence to less than what the courts have imposed; or a reprieve, which delays or stays the carrying out of a sentence. In states where governors have the sole authority to grant clemency, they are also able to use this power to impose “moratoriums,” halting all executions. In death-penalty cases, the form of clemency most typically sought is a commutation, asking the death sentence to be changed to life in prison without parole.

In the first half of the twentieth century, records indicate that U.S. governors granted clemency in about 20-25% of death-penalty cases. Since the death penalty was reinstated in 1976, however, that rate has dropped to about 4%. There are differing explanations for why the rate of clemencies granted in individual death penalty cases has declined so steeply. Some suggest clemency is no longer needed, because death sentences today are imposed more sparingly and reviewed more thoroughly. Others suggest clemency simply became politically unfeasible in the 1980s and 1990s, when the rhetoric of “tough on crime” emerged. Whatever the cause, no one denies that clemency no longer plays the role in our death-penalty system that it once did.

In recent years, however, the media and the public at large have begun turning attention back to the death penalty, mass incarceration, and criminal justice reform. This presents an opportunity to start thinking more seriously about the role of clemency in capital cases, especially since most of those facing imminent execution were sentenced decades ago. Decision makers in the clemency process are able to take into account information that may have been discovered too late to be presented at trial; advances in science and psychology that may shed a different light on an individual’s actions; or that simply showing mercy in a particular case is warranted.

Due at least in part to the decline in clemency grants over the last several decades, this last phase of a death penalty case has received less attention than other aspects of the death penalty process. Consequently, few resources exist to help guide stakeholders through this important last phase of review in a capital case. In 2015, the American Bar Association provided seed-funding to create the Capital Clemency Resource Initiative, which aims to create resources for both lawyers and decision makers to address this deficit. It is our hope that this novel initiative will help revive national interest in and discussion of the significance of clemency review in the capital punishment process.