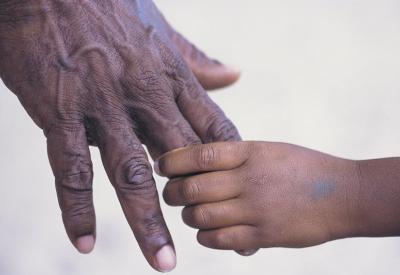 Since beginning my work at Catholic Mobilizing Network, I have reflected upon when and how I first felt called to issues of criminal justice. There were several childhood moments that signaled early workings of the spirit.

I remember being perplexed by the concept of imprisonment. It did not make sense, to me, how isolation benefited a person’s transformation, accountability or repaired the problem that their actions created. Meanwhile, I heard news stories of conflict between parties and the response always seemed to be a lawsuit. I didn’t understand why this was the default way to resolve differences or injury in the United States. Later, I noticed that in television court cases, the victim was nowhere to be seen, and their needs were all but absent from the debate at hand. Moreover, when the scripture passage Matthew 25:31-46 was referenced, the call to visit the prisoner seemed to be mumbled under the speaker’s breath, while clothing the naked, caring for the sick and feeding the hungry were given ample platform.

Now, years later, many in our country are questioning the effectiveness of mass incarceration and speaking out about inequity in the criminal justice system. Now, there are more and more opportunities to engage with community-based restorative justice programs and a growing awareness of the need for faith-communities to create spaces of healing for those impacted by crime. Meanwhile, there is a national bipartisan conversation about the need to re-orient policy so that it promotes fair sentencing, smooth reentry, resources for rehabilitation, and reduced recidivism.

Knowing what I do about restorative justice - it’s focus on repairing harms to people, inclusion of all those impacted, and healing the victim, offender and community - I see that my childhood inclinations arose from a recognition that society’s responses to harm and violence were out of step with Christian values of justice, mercy and reconciliation that I had been taught. Furthermore, I was far from alone. Thinkers and practitioners throughout the world were challenging dominant approaches to criminal justice. 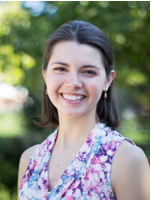 Caitlin Morneau is CMN’s Director of Restorative Justice. She has spent most of her career supporting local and national Catholic social justice organizations and is currently pursuing an MA in Conflict Transformation at Eastern Mennonite University. Caitlin co-authored with Howard Zehr the preface to CMN’s new book Redemption and Restoration: A Catholic Perspective on Restorative Justice. She is responsible for implementation of CMN’s restorative justice programming and is overseeing logistics for our upcoming conference.