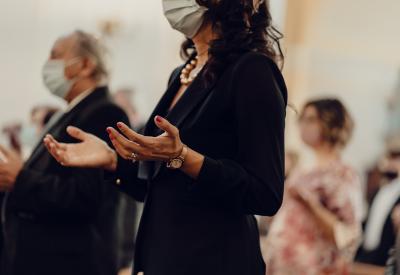 As legislative efforts to abolish the death penalty in Ohio gain momentum, faith communities across the state are preparing to participate in a Death Penalty Abolition Week. This first-time event will be observed October 8-17.

Organizers launched the Abolition Week as an opportunity for Ohio faith communities stand in solidarity against capital punishment and to voice their support for the two death penalty abolition bills currently pending in the state's legislature.

The bills, both bipartisan, were introduced in February 2021 and over the past several months have had multiple hearings. Just last week, a proponent hearing was held for HB183 in the House Criminal Justice Committee. Testimony in favor of the bill was given by a wide array of supporters, including Jerry Freewalt, Executive Director of the Ohio Catholic Conference, who stated, "It is time for the state of Ohio to abolish the death penalty.”

The Abolition Week happens to fall during the Catholic Church’s annual observation of Respect Life Month, a time for Catholics to recommit themselves to upholding and honoring the sanctity of life.

OHIO CATHOLICS: Join people of faith across Ohio who are standing in solidarity against capital punishment!

Death Penalty Abolition Week for #Ohio Faith Communities is coming up Oct. 8-17, 2021. Learn more below about how your community can participate.https://t.co/fGDnkFEAIF

Ohio has been steadily turning away from the use of capital punishment in recent years. Executions are on hold indefinitely due to statewide complications with obtaining the drugs needed to create a lethal injection cocktail. The Buckeye State hasn’t carried out an execution since July 2018, when it put Robert Van Hook to death with a lethal injection.

A 2020 poll conducted by the Terrance Group revealed that 59% of Ohioans support replacing the death penalty with a sentence of life in prison without the possibility of parole.

In January 2021, Governor DeWine signed into law a bipartisan bill that would prevent people with serious mental illness from receiving a death sentence. Ohio is the first state to pass such legislation, although many other states have attempted.

Join Catholics across Ohio for a one-hour Lenten prayer experience examining the need for death penalty abolition in the Buckeye State.

This October, join people of faith across Ohio who are standing in solidarity against capital punishment and voicing support for two death penalty abolition bills currently pending in the state's legislature.