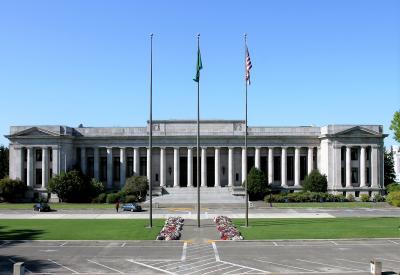 On October 11th, just one day after the 2018 World Day Against the Death Penalty, Catholic Mobilizing Network rejoiced at the announcement that Washington's State Supreme Court declared the death penalty unconstitutional. The historic decision made the Evergreen State, which had been in a governor-imposed moratorium on executions since 2014, the 20th to abolish capital punishment.

The Role of Racial Bias

Relatively speaking, Washington’s path to abolition was unique. It is only the third instance in the U.S. of capital punishment being struck down by a state Supreme Court due, at least in part, to concerns of racial bias. (The first was in Massachusetts in 1980, followed by Connecticut in 2015.)

The basis of the Court’s decision in the case of State v. Gregory was rooted in evidence from two studies which revealed that in Washington, “black defendants were four and a half times more likely to be sentenced to death than similarly situated white defendants.” The Court also cited "arbitrary decision-making, random imposition of the death penalty, unreliability, geographic rarity, and excessive delays” as justification for striking down capital punishment.

It is no secret that the death penalty is flawed in practice, which alone is a valid reason for its abolition. But beyond that, we as Catholics also recognize the very concept of capital punishment is a blatant and shameful violation of human dignity — that God-given gift which our faith calls us to defend.

In other words, even if a state were able to prove its death penalty did not unfairly target people of color, the poor, or the mentally ill; was not implemented inefficiently and disproportionately across county lines; and never ran the risk of executing the wrongfully convicted, our Church would still call us to work for its abolition.

As November quickly approaches, the outcomes of governors' races and the composition of state legislatures will undoubtedly influence what actions toward abolition are feasible in 2019.  Beginning January, as new legislative sessions commence, many legislators nationwide will consider the fate of capital punishment in their own states. CMN is keeping a close eye on states such as Louisiana, Colorado and Utah. We anticipate forward movement in these states and a handful of others. Stay tuned in to CMN for local and national opportunities to get involved.

Together, we can build on the momentum from Washington state and work toward outlawing the most egregious symptom of our country’s flawed criminal justice system.

Catholics account for roughly 25% of the American population. Let’s make our voices heard! CMN is here to help YOU change hearts and minds in your state. Let your lawmakers know that ending the death penalty is important to you as a person of faith who values the sanctity all human life.