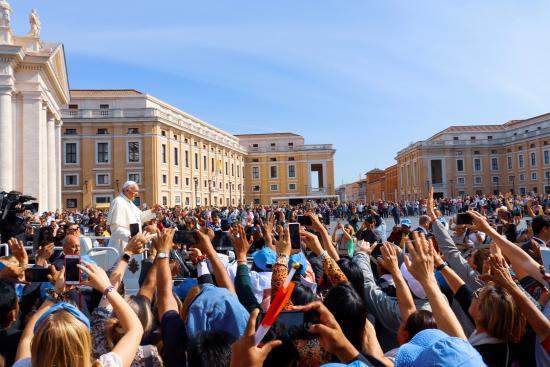 In “Fratelli Tutti,” the latest papal encyclical released by Pope Francis on the topic of "fraternity and social friendship," the Holy Father unequivocally reaffirms the inadmissibility of capital punishment in the eyes of the Catholic Church.

“There can be no stepping back from this position,” Pope Francis writes.

“Social encyclicals are designed to point out the most pressing social issues of our day,” said CMN Executive Director Krisanne Vaillancourt Murphy in an Oct. 5 press release. “In dedicating a section of ‘Fratelli Tutti’ to the issue of the death penalty, Pope Francis has leveraged the full weight of the Church’s teaching behind its opposition to capital punishment.”

The significance of the document is further punctuated by its release during the Church’s Respect Life Month, and just days before the annual commemoration of World Day Against the Death Penalty on Oct. 10.

Building Upon Decades of Catholic Support for Abolition

In August 2018, Pope Francis and the Congregation for the Doctrine of the Faith ordered a change to the Catholic Catechism to call the death penalty “inadmissible” in all cases "because it is an attack on the inviolability and dignity of the person" (CCC 2267). The text goes on to urge responses to harm and crime that "do not definitively deprive the guilty of the possibility of redemption." The revision was approved by the United States Conference of Catholic Bishops for use in the U.S. Catechism for Adults in June 2019.

Prior to the 2018 revision, the Catechism left room for use of capital punishment in cases where it was the only way to protect the common good — instances which St. John Paul II called “rare, if not practically nonexistent” in his 1995 encyclical, “Evangelium Vitae.”

St. John Paul II went on to speak out against the death penalty throughout his papacy, and his successor, Pope Benedict XVI, labeled it a practice that society's leaders should "make every effort to eliminate."

Building upon the context set by these two predecessors, Pope Francis notes in “Fratelli Tutti” that “it is impossible to imagine that states today have no other means than capital punishment to protect the lives of other people from the unjust aggressor.”

This acknowledgement of modern society’s capacity to avoid recourse to the death penalty strikes a blatant contrast to the U.S. federal government’s recent resumption of executions after a 17-year hiatus, which has resulted in the deaths of 7 men over the past three months. An eighth federal execution is scheduled for Nov. 19. 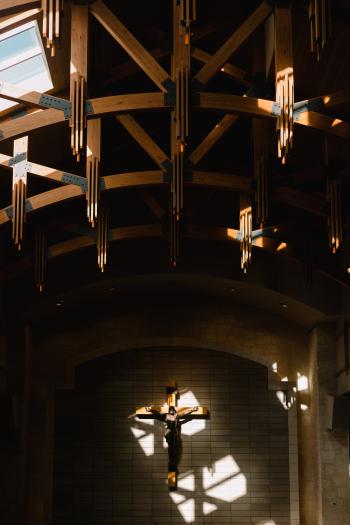 In a notable expansion of past explorations of the subject, in "Fratelli Tutti" Pope Francis addresses the proclivity toward vengeance that fuels the practice of capital punishment. As pastor and Pontiff, he advises against becoming “obsessed with taking revenge and destroying the other" and reminds the faithful that “nothing is gained this way and, in the end, everything is lost.”

In addition, the Holy Father addresses those Christians who “remain hesitant on this point,” urging them to "keep in mind the words of the book of Isaiah: 'They shall beat their swords into plowshares.”

“While the encyclical touches on an array of current social concerns, a central thrust focuses on rediscovering shared dignity, building a culture of encounter, and recognizing the profound depth of social friendship,” noted Vaillancourt Murphy. “These themes call us into a more restorative way of understanding harm and violence — an approach which centers around the people and relationships violated and seeks a kind of justice that values human dignity, healing, accountability, and the hope of redemption for all involved.”

Click here to read the death penalty section of "Fratelli Tutti" in full.