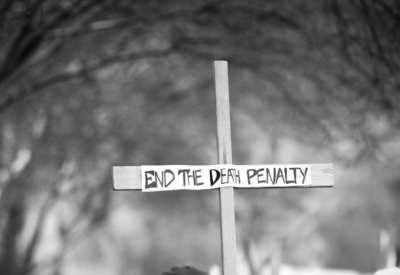 For Immediate Release:
May 11, 2017
For More Information:
Alexandra Carroll
(202) 541-5290
alexandra@catholicsmobilizing.org

“This pledge empowers all people to educate, advocate, and pray to end the death penalty.”

“Due to growing public opposition to the death penalty and especially in the aftermath of last month’s executions in Arkansas, CMN has launched this pledge to amplify the Church’s work to end the death penalty,” proclaimed Karen Clifton, Executive Director of CMN.

“A continuation of the US  Bishops’ Catholic Campaign to End the Use of the Death Penalty, this Pledge amplifies Pope Francis’ call and invites Catholics and all people of good will to educate, advocate, and pray for an end to the death penalty,” Clifton further explained.

Bishop Frank J Dewane of the Diocese of Venice, FL and Chair of the US Catholic Bishops Committee on Domestic Justice and Human Development, reiterated the Catholic Church’s long standing opposition to the death penalty, and his support for CMN’s initiative: “I too have signed the Pledge. Catholics and all like-minded individuals need to sign it; it is a pledge that will go about urging people to educate, advocate, and pray for an end to capital punishment”

Richard Dieter of RDieter Communications, and former Executive Director of Death Penalty Information Center, then spoke about the timeliness of the National Catholic Pledge to End the Death Penalty: “This initiative comes at an opportune time for two reasons: the US is rethinking its use of the death penalty, and there is a political pushback to use the death penalty, despite growing public opposition.”

Marietta Jaeger-Lane, who lost her daughter to murder to 1973, then shared her reasons for supporting CMN’s new initiative. “The death penalty does not do for people what it claims to do; it does not heal, it does not bring closure to victims’ families.”

Jaeger-Lane cited her Catholic faith as what calls her to oppose the death penalty, “I spend a lot of time thinking about God’s idea of justice. When I see Jesus’ life in scripture, I see someone who came to heal us, to restore the life that has been lost to us. I have signed this pledge, and I believe that the Catholic community can be the one to end the death penalty.”

The press call concluded with questions from the media, during which speakers were asked about the role the parish community will have in implementing CMN’s pledge. “This pledge will provide an encouragement to parish priests to begin to talk more about the death penalty, not just saying the same thing every time, but to really bring it into the discussion.  It is a matter of life, so they need to be talking about it,” Bishop Dewane strongly stated.

Jaeger-Lane reiterated the need to educate people about the death penalty, “The world encourages activities of revenge and rage; most people have a gut level response to acts of extreme violence, but when they are educated on the reality of the death penalty, they begin to rethink their position.”

Catholic Mobilizing Network maintains the Pledge as a vitally important initiative lifting up the value of all human life. “The National Catholic Pledge to End the Death Penalty is a way to lift up the call of the Catholic Church, and Pope Francis in particular, to end the use of the death penalty and promote a more restorative criminal justice system,” Clifton said.

Hours before the national press call, Pope Francis reflected on the movement of faith and guidance of God that has illuminated the sinfulness of the death penalty, “for a time, it was normal. Today, we say that the death penalty is inadmissible." The journey of faith is continuous one and part of that is journey is coming “to understand moral teaching, the Commandments,” Francis continued. CMN hopes The National Catholic Pledge to End the Death Penalty will facilitate this journey.

Catholic Mobilizing Network (CMN), working in close collaboration with United States Conference of Catholic Bishops and as a sponsored ministry of the Congregation of St. Joseph, proclaims the Church’s pro-life teaching and prepares Catholics for informed involvement in the public debate to end the death penalty and promote restorative justice. 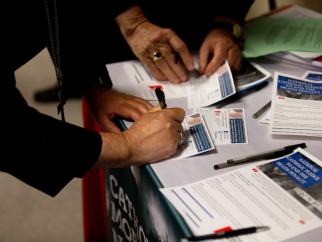 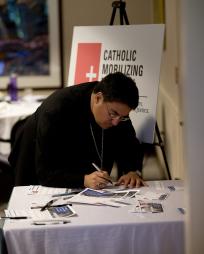 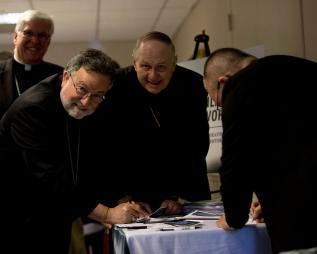 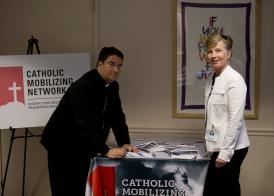