A Reflection for the Fifth Sunday in Lent 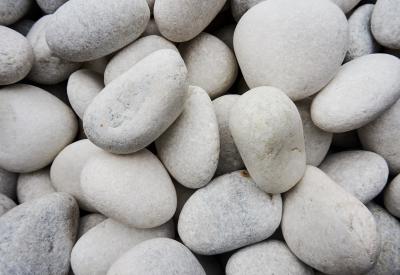 A woman stands alone. She lives in a time that saw women as subordinate to men, and because she is perceived to hold less value than the privileged members of society, she was used her as a pawn in a much larger scheme to ensnare Jesus in an effort to bring an end to his revolutionary and emancipatory ministry. For his mission to liberate humanity was a threat to the very foundation of the structures, powers, and privilege within society.

A woman stands alone. She is forced to stand before “the teachers of the law and the Pharisees, who brought her to Jesus to be judged because she was caught in adultery" (John 8:2). The men who surrounded her, who represented threatening, and violent institutionalized supremacy, began presenting their case against her to Christ, but making their accusations against the woman who stood alone as a part of their larger scheme “to have a basis for accusing Jesus.” The men in essence accused the woman to accuse Christ in order subordinate him as they had already subordinated her.

A woman stands alone. Jesus bends down and begins writing in the dirt with his finger, to which some have suggested that Jesus was writing the 10 commandments to remind the experts of the law that all “fall short of the glory of God.” While this may be the case, there seems to be more to Jesus’ writing than a mere citation of Scripture declaring "Thou Shalt Not," because the experts of the law could easily use this against Jesus. For they were already using Mosaic Law to entrap him.

A woman stands alone. For thousands of years the most vulnerable members of our society have been targeted by men who hold stones of power as they promote their own selfish gain to preserve their privilege. But if Jesus were to write down and expose the litany of transgressions committed over the course of history, their stones would likely be released. For it is not until those who've had the privilege of being oblivious to their sins come face to face with them, that they become open to recusing themselves from their seats of power and judgment. Only when those who have power divest of their privilege, will society begin marching down the road of liberation, restoration, and reconciliation.

Rev. Scott Adams serves the community of Loyola University Maryland as Assistant Director of Interfaith and Ecumenical Ministries. He holds two Master's Degrees in Theology and previously served as the director of a non-profit restorative justice program in Durham, NC.