A Reflection for Palm Sunday 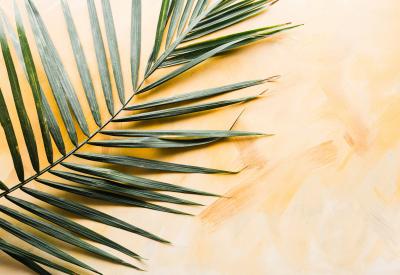 Jesus Rode Into Jerusalem to Give Us Life

On Palm Sunday, Jesus rides into Jerusalem to eventually face his execution after being accused of believing there is much more to love and faithfulness to His Father, than putting his trust in the religious institution and the empire. For the past 6 years, I have driven to the state capitol in Pierre, South Dakota with the hope that our work will at some point stop the execution of this same Christ in disguise as a person convicted of murder and living on death row.

In South Dakota, we have many Evangelical Christians who hold legislative positions and claim to be pro-life. These good people (and I do believe they are good) will tell you how strongly they are against abortion, but definitely do not want to stop capital punishment. They often will quote, “an eye for an eye” from the Old Testament, or otherwise Romans 13: 1-5: “Obey governing authorities. All government comes from God, so civil authorities are appointed by God. Therefore, those of you who rebel against authority are rebelling against God’s decision. For this you are liable to be punished…”

What is never quoted by these same folks is Romans 13:8-9: “Owe no debt to anyone, except the debt that binds us to love one another. If you love your neighbor, you have fulfilled the Law. The commandments—no committing adultery, no killing, no stealing, no coveting, and all the others—are summed up in this one: 'Love your neighbor as yourself.' Love never wrongs anyone, hence love is the fulfillment of the Law.”

I recently read an article about a state legislator in Iowa who, more than 50 years after the death penalty was repealed in his state, wants to bring it back into the state's codified law. This is what Rep. Skyler Wheeler said:

“Iowa needs to seriously consider reinstating the death penalty [...] The purposes are of course first and foremost, justice for the victims and their families. Secondly, it gives prosecutors another tool to use when dealing with first degree murder cases. Lastly, it sends a message that as a state we will not tolerate the shedding of innocent blood and if someone does this, they are subject to the highest punishment one can receive on the earth." Wheeler has said that a person can be pro-life and pro-death penalty.

I am convinced that love and forgiveness, not fear, are the only paths to healing of all religious institutions, as well as the empire.

That hope is the only thing that keeps me going. Jesus said: “The hour is coming when anyone who kills you will claim to be serving God.” (Jn. 16:2)

Jesus was very clear, God wants life. Jesus rode into Jerusalem to give us life here and now!

Deacon Denny is the director of South Dakotans for Alternatives to the Death Penalty and serves as a spiritual advisor to some of those on South Dakota's death row. He has been a deacon for 35 years in the Diocese of Sioux Falls, and has worked on social justice issues for that long.