A Reflection for the Third Sunday in Lent 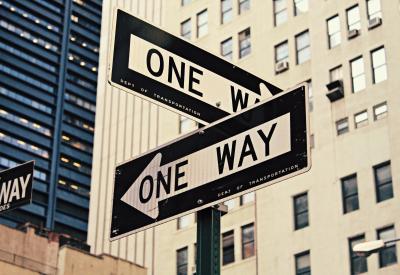 Responding to the Unraveling

The opening of this Sunday’s Gospel sounds like chaos. People were dying tragically, some at the hand of the government and others in powerful and unpredictable disasters. As we read the gospels today, we might assume that instability was simply the way things were two millennia ago. Actually, social, political and religious changes had made first-century Palestine an age of high anxiety.

For nearly a century, during the period of the Hasmonean Dynasty, Palestinian Jews had governed themselves. Temple sacrifice and worship made up the rhythm of their lives together. They lived in peace, making order of the world as they saw fit.  The peace appeared to be a sign of God's favor. That peace ended with the arrival of the Romans about a generation before Jesus. These new rulers were manipulative, destructive, and increasingly murderous. The order that the Jewish community had meticulously laid out, believing it was God's will, was shattered.

This reading is set among people trying to make sense of their generation's chaos.  We can hear a familiar yearning for simpler days in which right was right and wrong was wrong.

The Galileans, referenced in the opening line, were killed as they practiced their religious obligation.  Surely, they did something to deserve their fates.  How could God allow otherwise?

The impulse to make order out of chaos is one way we are made in the image of God.  It is a gift of vision that can be a beautiful, collective aspect of our humanity that involves community building, attention to the vulnerable, communication and prioritization.  The order we attempt to make can give us a taste of the Kingdom of God. But it can also slide into an inappropriate certainty about God's ways in the world.  Our human order will always fall short of God's scope.

The sense of unraveling that is described in the opening verse of this Sunday's Gospel may be more familiar than we first realize. Jesus' unwavering response to all that unraveled around him was mercy.

It is mercy that we receive when we finally realize we’ve neglected part of the whole that we wanted to be built. It is mercy that can lift us from the attachment to certainty. Mercy lets God's infinitely greater ways wash over the failure and discouragement, and gently release the tension in our own age of anxiety. Mercy can pull us from the attachment to the familiar, to bravely venture to see the new ways of God in our world.

Molly is the Director of Campus Ministry at Charleston Catholic High School in Charleston, WV. She works with issues of poverty and the environment in Appalachia and serves on the boards of Bethlehem Farm and ABLE Families.  She is a member of Catholic Committee of Appalachia.