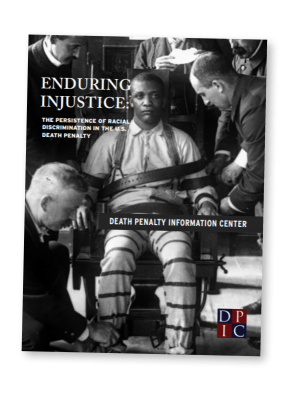 Earlier this month, the Death Penalty Information Center released a highly-anticipated report on race and the United States death penalty. The 88-page document meticulously parses out the historical role of capital punishment in the U.S. as a means of racial control, particularly among Black populations. It goes on to show how these origins in slavery and lynching have shaped the country’s racially-biased application of the death penalty today.

The Evolution of America's Death Penalty

Once functioning as a tool to deter slave revolts, the DPIC report shows how capital punishment in the post-Civil war era evolved as the country saw an “explosion of […] racial violence and lynchings that led to the deaths of at least 2,000 Black people between 1865 and 1876.” As lynchings and other acts of “vigilante justice” grew more rampant, public officials began promoting state-sanctioned executions in an effort to curb the high rate of lynchings.

Today, capital punishment works in tandem with other hallmark practices of extreme punishment and mass incarceration to feed and perpetuate racial discrimination within the U.S. criminal legal system. Examples of these failures to promote “equal justice under law” are found in countless death penalty cases, including those which have recently made the news. 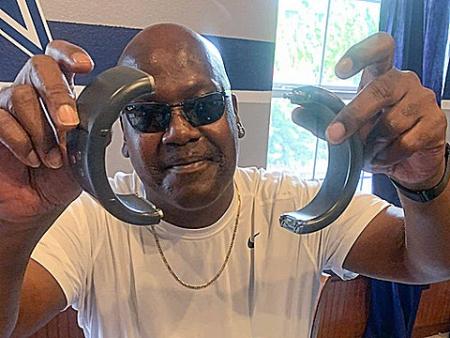 On Sept. 4, 2020, after spending nearly 23 years on death row for a crime he did not commit, Curtis Flowers was cleared of all charges and became America's 171st death row exoneree since 1973. An African-American man, Mr. Flowers was first sentenced to death in 1997 for a quadruple murder. By the time of his exoneration, he had been tried 6 separate times by the same white prosecutor.

“Today, I am finally free from the injustice that left me locked in a box for nearly 23 years,” Mr. Flowers said in a statement released by his attorneys on the day of his exoneration. “I’ve been asked if I ever thought this day would come. … With a family that never gave up on me and with them by my side, I knew it would.”

In 2019, Mr. Flowers was awarded a new trial by the U.S. Supreme Court due to the fact that the prosecutor had repeatedly discriminated against Black potential jurors in his case and others.

Systemic Racism as a Violation of Human Dignity

One need not look far to find evidence of the ways that race shapes each step of the U.S. capital punishment system. The DPIC report illustrates how prosecutors are more likely to seek the death penalty if a murder victim is white than if the victim is Black. In jury selection, Black citizens are systematically excluded. Evidence also indicates that juries are influenced by race in their sentencing decisions, perceiving Black defendants as more dangerous. 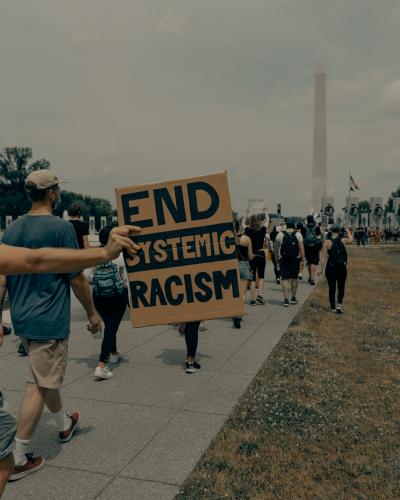 The Catholic Church teaches that the death penalty is "inadmissible" in all cases, because it is an "attack on the inviolability and dignity of the person." Even if application of the death penalty in the United States was reliably and equitably distributed, the Church's unconditionally pro-life ethic would still not condone its implementation.

However, Catholic teaching makes clear that racism, too, is a "life issue" and that its infection of our systems and structures contributes to the "continued erosion of the sanctity of life" (Open Wide Our Hearts: The Enduring Call to Love).

In the work to end capital punishment, it is critical to remember that racial bias is more than a contributing factor to the death penalty’s wrongness — it is the fundamental reason the modern U.S. death penalty system exists and operates in the manner it does today.

The death penalty’s inextricable roots in slavery, lynching, and centuries of systemic racism in the U.S. magnify the ways in which this practice devalues human dignity. Its eradication is an essential part of the Church's call to build a culture of life.