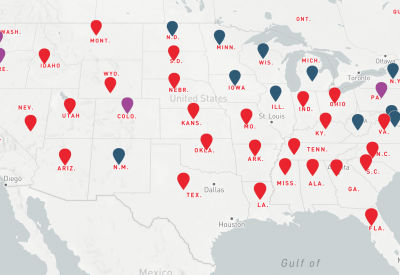 It is an inspiring time to be a part of the movement to end the death penalty. Death sentences and executions in 2017 remained near 2016’s historic lows, as public support has dipped to its lowest level in 45 years according to a report released by the Death Penalty Information Center (DPIC) in December 2017. During Respect Life Month in October 2017, Pope Francis reiterated his 2015 call to end the death penalty by proclaiming the death penalty “Is, of itself, contrary to the Gospel, because it is freely decided to suppress a human life that is always sacred in the eyes of the Creator.” Politicians that were once pro-death penalty, California U.S. Senator Dianne Feinstein being the most recent example, have come out publicly supporting an end to the death penalty, proving hearts and minds can change on this often polarizing issue. Catholic Mobilizing Network is encouraged as the use of and support for the death penalty continues to dwindle.

But the fight is far from over.  Despite these positive trends there remains an insidious underlying current of attempts to strengthen the death penalty’s relevance. While there have been several states in the 2018 legislative session--such as Louisiana and Washington--that demonstrated admirable repeal efforts, there were also death penalty-free states working to bring back capital punishment. This backsliding is a somber reminder of our need to maintain and spread the Church’s Pro-Life teaching everywhere.

This year, a Senate bill to reinstate Iowa’s death penalty was introduced. Thankfully, the bill did not advance due to running out of time for a debate and missing a critical legislative deadline. New Mexico also had a reinstatement bill, but ultimately failed, making it the state’s fifth attempt to bring back the death penalty under the pro-death penalty leadership of Governor Susana Martinez.

Illinois Governor Bruce Rauner received national attention recently when he added a provision via an amendatory veto to a firearm bill that would allow the death penalty for mass murderers and those who kill police officers. Although the legislative session ended before the bill could advance and was a long shot for a state that hasn’t used capital punishment since 1999 and officially abolished it in 2011, the governor’s call for reinstatement was a concern for many.

In addition to states seeking reinstatement of the death penalty, other threats to the abolition movement have cropped up from states resuming executions. Nebraska abolished the death penalty in 2015 and then reinstated it in 2016, but hasn’t carried out an execution in over twenty years. The state has never used lethal injection to execute someone, but now plans to use a controversial four-drug cocktail--three of which have never been used before in an execution--and intends to use it before two of the drugs expire in August 2018. The state’s new execution method has multiple lawsuits against it that will not be resolved before the August drug expiration date.

The national decline in support for the death penalty and the hearty repeal efforts of many states give us hope the end of the death penalty is in sight. However, we must not be lulled into a false sense of security that our work is almost done. Illinois, Iowa, New Mexico, and Nebraska demonstrate there is a desire for vengeance still deeply ingrained in our country’s culture. As a Pro-Life people devoted to ending the death penalty, we must remain focused on a future where capital punishment is obsolete. While it is discouraging some states have sought and will continue to seek bringing back the death penalty, it makes our motivation to spread the Church’s Pro-Life message that much more urgent.