A Step on the Journey of My Prison Ministry Years 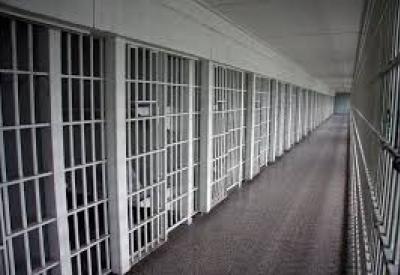 Sister Dolores Chepiga, a Sister of St. Joseph, has been committed to serving individuals who are incarcerated for nearly four decades. Here, she shares the role that restorative justice played in her formation and ministry. The stories of those with whom she ministered highlight ways that restorative practices, in combination with spiritual transformation, help to foster rehabilitation, reintegration, and repair of relationships.

A Step on the Journey of My Prison Ministry Years

My first glimpse of the inside of a prison was in the early 1980’s when I joined Sisters involved in a GED summer school program for prisoners in a men’s maximum security jail.  Seeing the cells that confined the prisoners, witnessing degrading pat searches, noting and wondering why the majority of the men were people of color, and learning that the majority of prisoners there were possibly innocent and either awaiting trial or sentencing - all was my introduction to our criminal “justice” system.  The more I learned, the more I became convinced that there had to be a better way for our country to deal with crime!

Then, at a national conference that I had the privilege of attending in 1990, the speaker, Howard Zehr, introduced me to restorative justice, a justice that understands crime as a violation of people and relationships;  a justice that focuses on healing rather than punishing; a justice that includes responsibility, accountability, and making things right again. That momentous week led me to years of reading, attending state and national conferences, writing, and speaking on the subject. This humane, relational, and true justice became my passion; I am grateful that God has used me to spread the message of restorative justice wherever I can.

During the years surrounding this life-changing conference, I worked in that same jail where I had begun my prison ministry. Five afternoons a week, I accompanied prisoners on their journey of learning and building relationships. Now competent prisoners tutored other prisoners who were preparing for their GED.  I spent time getting to know them and hearing their stories. Also, one evening a week I returned to co-facilitate a weekly bible/faith sharing group. Then, on Sunday mornings I joined the prisoners for their weekly Mass.

I also attended an ex-prisoner support group that was held weekly in our office by another staff member. She ministered in a housing unit that focused on the rehabilitation of drug addicts in a nearby jail for prisoners with short-term sentences and also went to the detention center next door where men and women were imprisoned. After release, individuals from these two facilities came to our support group which had become a caring community, even with an outreach of making sandwiches for the homeless.

I will always remember the day in December that a former prisoner, now somewhat homeless, came to our office.  He was touched by the caring way that staff treated him.  After we talked for awhile, I invited him to decorate our office Christmas tree and I put on some Christmas music for him while I went out to get some food.  I have tears when I remember the joy that he showed; his Christmas and ours was so enriched by his gratitude for all.  Jesus, through this man, was so very present!

Yes, we are all pilgrims on the journey. Any good that we can do for another comes back to us a hundredfold. Jesus is in prison as well as outside the barbed wire fence. Can we answer Jesus’s invitation to visit him inside?  Not only can our ministry help heal our brothers and sisters, many having been victims themselves before becoming “wounded wounders,” but we also are taking another transformative step along our own personal journey.

May more of us answer the call to prison ministry and allow Jesus to open our eyes to see prisoners as part of our hurting family in need of our caring hearts.  Then, as our numbers grow, may our society gradually be transformed with an intense desire and hunger for real justice, Restorative Justice!