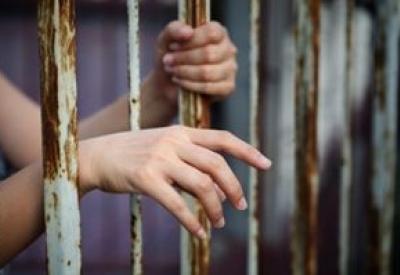 Sister Marion Defeis served as a chaplain for 23 years at Rikers Island Correctional Facility in New York before retiring in 2007. In her interview with CMN, she reflects on her role in advocating the reform of the Rockefeller Drug Laws and describes her recent visit to Rikers Island and her current work in opposing the use of solitary confinement.

CMN: Tell us about your work at Rikers Island and how the Rockefeller Drug Laws impacted the inmates you ministered to.

Sr. Marion: I started working on Rikers Island in 1984 with male inmates. Four years later, I transferred to the women’s’ jail. It was there I began meeting the women we called ‘drug mules’ many of who had been apprehended at Kennedy Airport. Accused with possession of drugs, many of these women claimed to have been coerced or tricked into smuggling. Due to the Rockefeller Drug Law, however, they were still charged with an A1 felony and faced a minimum of 15 years to life in prison and a maximum of 25 years to life in prison even if they had only been found with a little as 4 ounces of drugs.  I thought this was outrageous.

The case of one particular young woman, Sonia, illustrated to me how terrible the Rockefeller Drug Laws were. I met Sonia when she was already imprisoned in Rikers Island. She explained that she had gone to Haiti to visit her hospitalized brother. On her trip home to return to her two small children and husband in Florida, an official with the police at the airport in Haiti requested Sonia transport drugs taped to her body. She initially refused, but he threatened to kill her family in Haiti and, feeling she had no option, Sonia agreed.

She was arrested upon her arrival to the US. Her attorney advised Sonia that two options awaited her: accept a plea deal of a shorter sentence of 3-5 years and then be deported to Haiti on release or face 25 years to life. As Sonia explained to me, “Both options won’t allow me to see my children grow.” I watched this mother agonize over which option to choose until she suffered a total breakdown and was sent to a mental psychiatric hospital run by the correctional system. I had witnessed what the Rockefeller Drug Laws put women through.

CNM: Describe your work successfully advocating for reform of the Rockefeller Drug Laws.

Sr. Marion: Even though many people knew that the Rockefeller Drug Laws needed to be repealed, it wasn’t a simple process. Getting the Correctional Association of New York to champion the cause was key to the success of the reform.  After 15 years of work and visiting legislators in Albany, the laws were reformed and now no one faces 12 or 25 years to life for the low level possession.

CMN: What did it feel like when you returned recently to visit Rikers and saw the impact of your work to reform the Rockefeller Drug Law?

Sr. Marion: When I visited Rikers Island the other day I was so pleased because due to the reform of the Rockefeller Drug Laws, the population of inmates of Rikers has been cut in half. On my visit I walked by remnants of the inmate housing known as ‘the Sprungs’ because it had had ‘sprung’ up in the heyday of the Rockefeller Drug Laws in response the overflowing inmate population. Now they are unused. It felt wonderful to see that.

CMN: Tell us about your current involvement with the work to end the use of solitary confinement.

Sr. Marion: When I retired 2007, I thought I wouldn’t have anything more to do with Rikers but I became involved with a religious coalition and now back in the fray and this time I am seeking the repeal of solitary confinement laws.

In the case of the Rockefeller Drug Laws, it took about 15 years of fighting for reform to succeed. I don’t think it will take that long in the case of fighting the use of solitary confinement.  Positive changes are already taking place. For example, mentally ill and adolescents can no longer be kept in solitary.

Raising consciousness is important but I’ve learned from experience that nothing changes until you change the law. Prison commissioners may be sympathetic to reforming or changing bad practices but they need the cover of legal reform so that they can overcome pushback to implement reform.

While on Rikers Island, I was very opposed to women being put in solitary confinement. It was barbaric. Women in solitary included pregnant women and women who were mentally or physically ill. It seemed there was nothing I could do. This is what was always done and nothing can change. I was witnessing torture and I didn’t realize it.

Psychologists have written extensively about how detrimental solitary confinement is. In the New York correctional system solitary is known as ‘the bing.’ I once asked an officer why this was and he explained that it is because “if you are in there long enough your mind begins to go bing.” At Rikers Island, inmates in solitary are placed for 23 hours a day in a 7x12 foot cell with a steel door that has tiny window near the top. They have no contact with anyone. Inmates trained as suicide prevention aids go around each cell every 15 minutes to look through the little window and check for signs of suicide. That tells you a lot about how desperate people get when they are in solitary. Sometimes it is a little less strenuous for the women confined in solitary but they still suffer. According to the UN, confining a person in solitary for 15 days is considered torture. My own feeling is no one should be in solitary confinement.

CMN: What should Catholics know about solitary confinement?

Sr. Marion: We Catholics believe that every one of us is a son and daughter of God made in image of God. We need to be concerned about what is happening to our brothers and sisters in prison. We cannot just walk away from it if we realize they are being tortured right here in this country.  We should want to work to prevent this from happening.

Many states including Maine have reduced solitary confinement without compromising public safety. There are other ways to handle inmates who need discipline without using this very severe and counterproductive option.

CMN: Tell us a little about where you currently live.

Sr. Marion: I live in Providence House, a transitional housing home for women recently released from prison that also houses   homeless women and their children. Thirty-five years ago, a CSJ sister who worked in prison ministry created a home for women recently released from prison so that they would not have to go to a shelter if they had no family to take them in. In 1979, a convent was formed for this purpose. Now we have seven such convents. We invite women released from prison to come live with us and we help them to find jobs and eventually they move to permanent housing. My report on my visit to Rikers Island Prison was typed up and edited by one of our current residents.

Were you inspired by this story? Be sure to check out the one act play  "Sister Spirit", written by Mimi Gisolfi DʼAponte, available free from CMN.