Utah could be the next state to abolish the death penalty 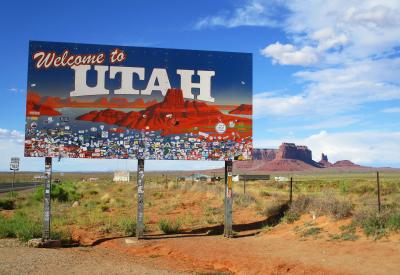 Utah’s short legislative session is only 45 days, and ends on March 4. Because of this, the bill is expected to move quickly. While there are no hearings scheduled yet, HB 147 has moved from the Rules Committee where it was first introduced to the Law Enforcement and Criminal Justice Committee for consideration.

The abolition bill has been championed not only by legislators, but family members of murder victims. One of these advocates is Sharon Wright Weeks, whose sister, Brenda, and niece, Erica, were murdered in 1984 in American Fork, Utah.

After suffering this horrific loss, Weeks’ family found themselves being dragged through a high-profile death penalty trial, followed by decades of appeals. She describes it as “being revictimized over and over and over again.”

Weeks recently appeared on a Catholic Mobilizing Network webinar about Utah’s pending abolition bid alongside Utah prosecutor and former death penalty supporter Creighton Horton. A recording of the webinar is available below.

Utah hasn’t executed anyone in over a decade, since taking the life of Ronnie Lee Gardner on June 18, 2010 by firing squad. There are seven men currently incarcerated on the state’s death row.

A 2017 report by the Utah Commission on Criminal and Juvenile Justice revealed that Utah spent almost $40 million between 1997 and 2016 on death penalty-eligible cases. Only two of these 165 cases actually resulted in a death sentence.

Building a Culture of Life in Utah

In a recent op-ed in the Salt Lake Tribune, Bishop Oscar Solis of Salt Lake City affirmed the abolition effort in Utah, saying “Repealing the death penalty in Utah is a critical step to building a deeper culture of life across our state.”

The Louisiana Conference of Catholic Bishops has consistently and resolutely provided pastoral teaching on the sacredness of life from conception to natural death. This statement provides an update in light of the current 2022 Louisiana Legislative Session.

Feb. 17, 2022 | A Utah House committee failed to pass death penalty abolition bill HB 147 Monday in a vote of 6-5. The vote came after hours of testimony from advocates and opponents of the legislation.

May 19, 2021 | Resistance from Senate leadership to advance the bill further paired with a lack of support from Nevada's Catholic governor, Steve Sisolak, ultimately thwarted the state's 2021 abolition attempt.

Apr. 13, 2021 | For the first time ever, in a 26-16 vote, the Nevada State Assembly passed a retroactive death penalty abolition bill. The bill will now be considered by the state Senate.