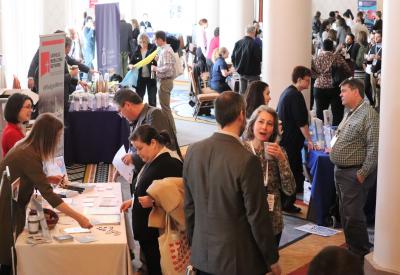 2019 got off to a rapid start for all of us at CMN. No sooner had we returned from our Christmas celebrations that we were diving into planning for new events, conferences, and campaigns.

Within two weeks of the new year, we had pulled together an incredibly successful film screening of the new, award-winning documentary, Where There Is Darkness. Just two weeks after that, we hosted a two-day Restorative Justice Circles Intensive and organized two dynamic workshops at the annual Catholic Social Ministry Gathering in Washington, DC.

Here's a closer look at everything CMN's been up to this winter:

On the eve of the annual March for Life, CMN co-hosted a special screening of the new, award-winning documentary, Where There Is Darkness, at the Catholic University of America in Washington, DC.

The film tells the story of Fr. Rene Robert, who was tragically murdered in April 2016 by a man he had been ministering to named Steven Murray.

Years before, as a young priest, Fr. Rene signed what is known as a Declaration of Life — a statement expressing his wish that should he ever die as a result of a violent crime, the death penalty not be imposed on his killer. The Declaration kept Murray from receiving a death sentence, effectively saving his life.

More than 130 people attended the event, many of whom came from out of town to participate in the March the following day. With co-hosts Stella Mar Films, CUA's National Catholic School of Social Service, and the Law of Life Summit, CMN encouraged filmgoers to include the death penalty in their pro-life conversations — at the March for Life and throughout the year. 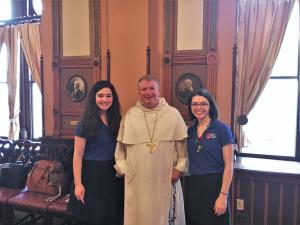 On Saturday, January 19th, CMN attended the Cardinal O'Connor Conference on Life — an annual event held in conjunction with the March for Life at Georgetown University. To an audience of 50 young people, CMN opened up a conversation around the death penalty as a crucial life issue, and its abolition as a priority of the Church.

Peacemaking circles are a foundational restorative practice that can help foster healing among individuals and relationships impacted by crime. In addition to addressing instances of harm, circles are useful tools for storytelling, reflection, and community-building. 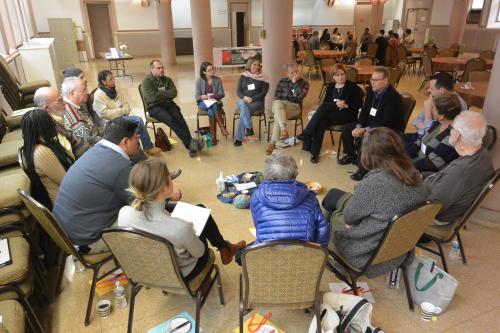 In February, Catholic Mobilizing Network hosted its first-ever Restorative Justice Circles Intensive, an opportunity for Catholic ministry leaders and others to experience restorative practices and explore their applications in ministry and civic life. The first-time event quickly sold out and grew a waiting list.

Forty participants — some coming from as far as Oakland, El Paso, and St. Louis — immersed themselves in the practice of peacemaking circles, creating authentic encounters with one another in a sacred space. Circle processes invite us into the trust, respect, listening, and confidentiality that are so sorely needed in our communities and churches today.

To lead the program, CMN collaborated with Fr. David Kelly, C.PP.S., a seasoned restorative justice practitioner and the founder and Executive Director of Precious Blood Ministry of Reconciliation in Chicago, and his colleague, Hector Avitia.

After a two-day immersion into restorative circles, participants left with an in-depth understanding of how restorative practices are informed by our Catholic faith, and how these linkages can be brought to use in dioceses, parishes, and beyond. 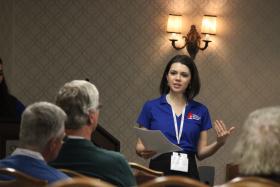 CMN organized a workshop laying out the role of restorative justice in ending the death penalty, featuring the voice and virtual testimony of Felix (Phil) Rosado, a restorative justice circles facilitator at Graterford State Correctional Institution in Skippack Township, PA who has been fighting a life-without-parole sentence for the past 20 years. 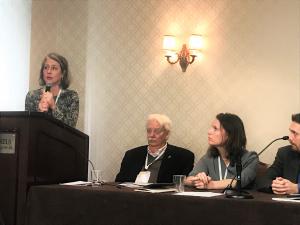 CMN also presented a policy workshop moderated by Executive Director Krisanne Vaillancourt Murphy where panelists spoke about their efforts to bring restorative justice practices to their communities. The workshop's 75 participants left having learned valuable developments and brainstorming new opportunities to promote restorative justice within their own spheres of influence.

This winter has been a whirlwind, in all the best ways.

Thank YOU for the role you play in making efforts like these possible. As you have seen, your prayers and support are truly making an impact. Together, we are building a culture of life.