The state in which noted anti-death penalty speaker and activist Sr. Helen Prejean began her ministry to those on death row, Louisiana, has executed over 650 people. Nearly 30 of those executions were carried out after the state reinstated the death penalty in 1973 following the U.S. Supreme Court’s 1972 decision which struck down prior laws as unconstitutional. Previous statue provided for the death penalty in cases of aggravated rape for a minor under the age of 12, but this provision was struck down by the U.S. Supreme Court in 2008.

Louisiana is one of the few state where the jury appointed to a capital crime case determines whether or not the person is intellectually disabled, rather than trained and professional medical personnel.

Since 1976, eight innocent people have been freed from this state’s death row, most recently, Manuel Ortiz (August 19, 2011) and nearly 80 persons are presently awaiting execution under Louisiana’s lethal injection protocol.

Louisiana has seen numerous attempts to abolish the death penalty over the past several years. Most recently, In 2019, the Louisiana Senate Judiciary Committee passed a death penalty abolition bill. While the bill ultimately did not come to a floor vote, the bill passing out of committee was an unprecedented and noteworthy victory.

The Louisiana Conference of Catholic Bishops, rooted in the teachings of the Catholic Church, is an agency of the Roman Catholic bishops of the state who constitute its board of directors. The Conference serves to coordinate teaching through joint pastoral statements; to promote collaboration in shared projects among Catholic dioceses and other entities; and to communicate… MORE

Louisiana Coalition for Alternatives to the Death Penalty

We are a grassroots coalition dedicated to finding practical and compassionate alternatives to the death penalty. We recognize that Louisiana’s death penalty is socially, racially and fiscally unjust. We advocate for the fair allocation of resources away from the death penalty and into local communities to alleviate poverty, prevent crime and increase support for families. 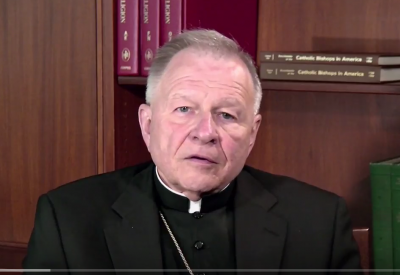 Archbishop Aymond Calls on All Catholics to Oppose the Death Penalty