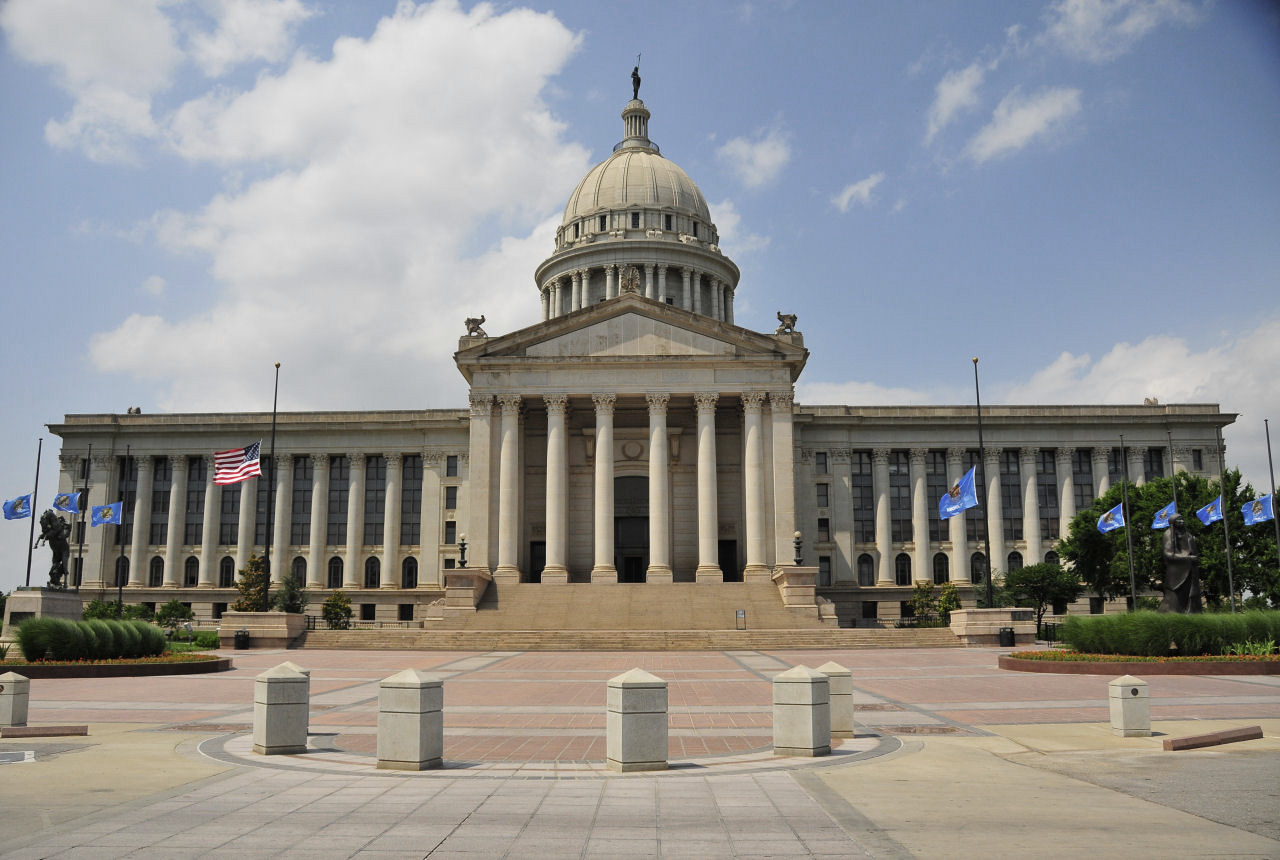 Capital punishment has been the law in Oklahoma since 1804 when Congress made the criminal laws of the United States applicable in the Louisiana Purchase, which included present Oklahoma. From statehood in 1907 until 1915, executions were by hanging. In 1916, Oklahoma changed its method of execution to electrocution. Lee Cruce, Oklahoma’s second governor, was an inveterate foe of the death penalty and commuted every death sentence imposed during his administration.

The first execution for an offense other than homicide occurred in 1930, when a man was executed for rape. Subsequently there were executions for robbery with firearms and for kidnapping. In the late 1920s and 1930s, there were as many as three executions on any given day. When the U.S. Supreme Court declared the death penalty, as then administered, unconstitutional in 1972, 82 persons, all male, had died in Oklahoma’s electric chair.

Capital punishment was restored in Oklahoma in 1976, but the first execution under the new law did not occur until 1990. In 1977 Oklahoma became the first jurisdiction in the world to adopt lethal injection as its method of execution. Since 1976, Oklahoma is the state with the highest number of executions per capital, a total of 112 executions.There have been 10 cases in Oklahoma where DNA evidence served to exonerate inmates.

Founded in 2017 by Oklahoma’s Catholic bishops, the Catholic Conference of Oklahoma serves as the official voice of the Catholic Church in Oklahoma on matters of public policy. The Conference operates at the intersection of faith and politics. By applying Catholic moral principles to the important political questions of the day, the Conference strives to ensure that citizens and elected officials evaluate public policy options in light of a moral framework that transcends party affiliation or partisan politics.

Oklahoma Coalition Against the Death Penalty

The mission of Catholic Charities - Archdiocese of Oklahoma City provides help and hope to all through the Catholic tradition of service. Their services are available to all persons with no restrictions based on income, ethnicity, or religious preference. A part of their mission is to educate the Catholic faithful about the death penalty in Oklahoma.

STOP the Execution of James Coddington

Send a letter to Oklahoma Governor Kevin Stitt urging him to accept the board’s recommendation of clemency for James Coddington.