The death penalty dishonors our veterans.

We are told by supporters of the death penalty that it is a punishment reserved for the “worst of the worst.”

Yet with military veterans being vastly overrepresented on death rows across the U.S., this Veterans Day it bears asking the question: does our country consider veterans among the “worst of the worst?”

I am a psychiatrist trained at Stanford University with more than 40 years of clinical experience, including three years overseeing medical and psychiatric care on Florida’s death row.

I have learned firsthand the ways that our death penalty system fails our veterans, and believe that understanding these failures can help wake up our country to the brokenness of capital punishment and improve our justice system overall.

According to a 2015 report from the Death Penalty Information Center, veterans make up at least 10% of people on death row yet only 5% of the general population. One of the possible reasons for this disparity is trauma.

I have written elsewhere about how the trauma of military service can lead to a downward spiral of substance abuse, despair, and — in some cases — violence.

While this spiral can be interrupted successfully with intervention services provided by programs such as the VA-administered Veterans Justice Outreach Initiative, unfortunately services like these have only developed recently and were not widely available to most of the veterans on death row today.

Trauma can also lead to severe mental illness, which most often makes individuals more vulnerable to becoming victims of serious crimes, but at other times can lead to them committing such offenses, and ultimately becoming defendants in capital cases.

In our system, for a conviction and execution, a defendant must meet a legal standard of competency at the time of the crime, during the trial, through the appeals, and right up to the execution. However, even in cases where guilt is certain, we cannot be 100% certain of mental capacity; this has led to a concerning number of veterans with mental illness being executed.

Florida sentences veterans to death at a rate even higher than the national average. In 2018, 18% of those on the state’s death row were veterans.

The state is also notorious for its record of wrongful convictions and sentencing innocent people to death. The case of U.S. military veteran James Dailey sits at the cross-section of these worrisome issues.

Dailey served three tours in Vietnam and now sits on Florida’s death row, denied an opportunity to prove his innocence, which he has consistently maintained for more than 30 years.

He was convicted of the 1985 murder of Shelly Boggio largely due to the testimony of his co-defendant and a jailhouse informant. There was no physical, forensic, or eyewitness evidence linking him to the crime.

The person with the most culpable evidence, co-defendant Jack Pearcy, is serving a life sentence for the murder that he attributed to Dailey; he has since confessed to the crime at least four times.

Dailey’s case is emblematic of many others in Florida where citizens — especially veterans — have been failed by the death penalty process.

Honoring Veterans, Not Executing Them

This Veterans Day, we should remember those veterans left behind by emotional trauma, substance abuse, serious mental illness, and legal entanglements.

In honor of veterans’ dedicated service, we should call for an expansion in the number of veterans’ courts and the support programs they provide.

We should also urge the governor of Florida to place a moratorium on executions — not just for veterans, but everyone on the state’s death row — and do the same in death penalty states nationwide.

The time and money spent on the death penalty in the U.S. can be much better used to bring true justice to the legal system and more mental health treatment services to those who need them, especially military veterans.

We should honor our veterans, not kill them.

The opinion expressed here is the personal responsibility of Dr. Thornton and not of any institution or organization. 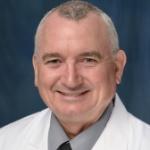 Joseph Thornton, M.D., is an Adjunct Clinical Associate Professor of Psychiatry with the University of Florida. He was formerly Associate Chief of Staff for Mental Health at the North Florida South Georgia Veterans Health System. In the 1990s he was the Medical Executive Director at Union Correctional Institution which houses Florida ‘s death row.