Unearthing the truth in a decades-old death penalty case

Delving into Texas’ wrongful conviction and execution of Carlos DeLuna in the 1980s, The Phantom, a new documentary from Patrick Forbes which hit theaters on July 2, prods at two contrary opinions on the nature of law and the criminal legal system.

One of these notions is summarized by Steve Schiwetz, the prosecutor in Corpus Christi, Texas who helped send DeLuna to death row. He asserts plainly that “the justice system is about keeping people from killing each other.”

Jim Liebman, a Columbia Law School professor who fought to exonerate the very man that Schiwetz convicted, says instead that “the proper function of the law is to establish the truth.”

These two, often conflicting claims run like veins through The Phantom, pulling and stressing the tension between guilt and innocence, execution and exoneration, and ultimately, justice served and injustice perpetuated.

In our communities, is our aim solely to keep people from killing each other? Or must we exercise a larger responsibility toward truth?

“All these poor people, they were all going to death row, and nobody represented them,” says Corpus Christi lawyer René Rodriguez, setting the stage for DeLuna’s story.

DeLuna grew up in public housing projects and, according to his brother, “got involved with the wrong crowd.” When at 20 Carlos was arrested for the murder of convenience store clerk Wanda Lopez, his court-appointed lawyer acted inadvisably, putting him on the stand against traditional legal wisdom. He went to death row.

While waiting to die, DeLuna maintained that he was not the man who killed Lopez. He never relented on the claim that another man — also named Carlos — committed the crime and framed him.

DeLuna eventually cultivated a friendship with local news anchor Karen Boudrie-Evers. Though she began their correspondence dubious even of DeLuna’s humanity, she wept on the night he was executed, as he called her an hour before to reaffirm his innocence. DeLuna was executed on December 7, 1989, at the age of 27.

In The Phantom, DeLuna’s affirmations of innocence are brought from words to life as his case is reinvestigated by Liebman, the attorney who sees "establish[ing] the truth" as the primary function of our legal system.

Liebman finds evidence that the “other Carlos” who DeLuna named as the real criminal was not “a phantom,” as the prosecution had argued, but a real person who caused serious harm to many people in Corpus Christi.

What Liebman uncovers is a story of misplaced protection, intentional obfuscation, and local intrigue — not the open-and-shut case the prosecution claimed it had at trial. Instead, a young man went to death for a crime committed by his “tocayo,” his lookalike with the same name.

“Here,” claims prison chaplain Carroll Pickett, “is one of the biggest mistakes Texas ever made.”

The Quest for Truth and Justice

The film is not just a whodunit; it is an elegy for belief in the American criminal legal system and its ability to “keep people from killing each other.” It is a call for people to truly look around and see the needs of others before it is too late, especially those of the poor and vulnerable. It is a testament to what the saving powers of mercy can be, if we let them work in ourselves and our communities.

The Phantom makes us want the truth so desperately that we will warm up cold cases to find it.

Innocence cases like the one depicted in The Phantom are pervasive in our death penalty system, but even those guilty of terrible crimes are endowed with God-given dignity. Will you take action today to urge President Biden to dismantle the federal death penalty and respect the dignity of all life? 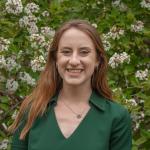 Alix Basden is a CMN summer intern and a rising senior studying Economics and French at the University of Notre Dame. She is originally from Lafayette, Louisiana, and currently serves as the Chief of Staff for Notre Dame’s Student Government.

An uncommonly aggressive execution schedule in November places six lives at risk. Read more to learn how you can take action.

New Report Shows U.S. Death Penalty On Its Way Out (Despite Outlier Executions)

It affirms significant advancements toward death penalty abolition in 2021, alongside a few concerning instances of backslides into executions.

Hours before execution, Julius Jones’ death sentence is commuted to life without parole

Just hours before Julius Jones was set to be executed Thursday, Oklahoma Gov. Kevin Stitt commuted his death sentence to life in prison without the possibility of parole.

South Carolina schedules — and stays — its first executions in 10 years.

June 24, 2021 | The South Carolina Supreme Court issued two stays of execution earlier this month amid legal concerns regarding the state’s plan to execute two men during the month of June using a 109-year-old electric chair.

On Feb. 18, 2021 the Death Penalty Information Center released a special report analyzing 185 death penalty cases that resulted in exonerations of people wrongfully convicted. The report concludes that the majority of wrongful convictions are not accidental, and resulted in the addition of 11 names to DPIC’s Innocence List