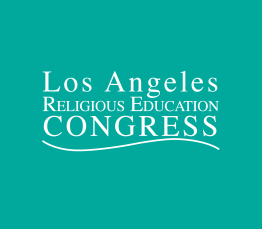 Over the three days, the adult days of Congress will offer over 300 workshops presented by 200 speakers. (See the list of Congress 2020 Speakers). Topics range from personal growth to music to spiritual topics – in English, Spanish, and Vietnamese.

CMN will be represented at an exhibitor's table with NEW education, advocacy, and prayer resources, and don't forget to attend the speaking events with Sr. Helen Prejean!

Sr. Helen Prejean is known worldwide for her tireless dialogue with citizens and fellow Catholics on the necessity to end government killings. The author of “Dead Man Walking” and “The Death of Innocents” now brings to us “River of Fire: My Spiritual Journey,” which tells of her gradual awakening to the Gospel call to do justice, which led her to death row. She has been a dynamic partner in Catholic dialogue on the death penalty and is eager to share her behind-the-scenes account of Pope Francis’ declaration on August 2, 2018 that the death penalty can never be allowed under any circumstances.

River of Fire: An Account of the Spiritual Awakening That Led to Death Row

“River of Fire” is the prequel book to “Dead Man Walking” and tells of Sr. Helen Prejean’s “slow” quickening to faith that does justice. For her, for a long time, faith in Jesus meant being charitable to those around and praying for God to comfort people suffering from injustice. In “River of Fire,” she tells of God’s gentle, relentless grace that woke her up to serve impoverished African Americans, who quickly became her teachers, introducing her to the “other America,” and, in turn, led her to Death Row.

Sr. Helen Prejean, a sister of the Congregation of St. Joseph, is author of “Dead Man Walking,” the book that has spawned an Academy Award-winning movie, a play and an opera. The human rights activist and speaker has been instrumental in sparking national dialogue on the death penalty and helping to shape the Catholic Church’s newly vigorous opposition to state executions. Based in New Orleans, Sr. Prejean travels the United States, Europe and Canada giving talks about her ministry.

CMN is apart of the Congregation of St. Joseph's Ministry Network.