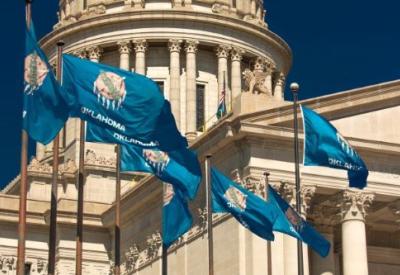 (Washington, D.C.) In a joint letter delivered to the office of Oklahoma Governor Kevin Stitt today on World Day Against the Death Penalty, more than 50 Catholic faith leaders in Oklahoma urged a halt to the state’s ongoing “unprecedented and reckless” execution spree. Governor Stitt has authorized five lethal injections since the problematic execution of John Grant in October 2021. An additional 24 executions are scheduled in Oklahoma between now and December 2024.

The letter, which includes signatures from Oklahoma’s two Catholic bishops, Most Rev. Paul Coakley of Oklahoma City and Most Rev. David Konderla of Tulsa, was organized in a collaborative effort between Catholic Mobilizing Network (CMN), the national Catholic organization working to end the death penalty and promote restorative justice, and the Oklahoma Catholic Conference. It appeals to Governor Stitt’s self-declared “pro-life values” and urges him to pursue alternatives to the death penalty which “do more to help victims in the aftermath of tragedy.”

“The execution spree currently taking place in Oklahoma is a blatant violation of the sanctity of life,” said CMN executive director Krisanne Vaillancourt Murphy. “Such a violation is felt even more acutely during the Church’s annual Respect Life Month, a time when we as Catholics are called to uplift efforts to uphold human dignity. We pray that Governor Stitt will take the steps within his power to choose life over death, and put a halt to this unnecessary killing spree.”