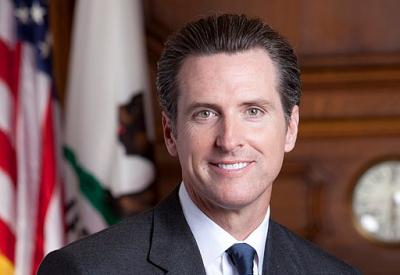 California governor Gavin Newsom announced he will declare a moratorium on the death penalty, making the state one of four in the U.S. currently under governor-imposed execution bans.

“Today’s declaration is a bold step toward abolishing a broken system that fails to protect the inviolable dignity of the human person,” said Krisanne Vaillancourt Murphy, Executive Director of Catholic Mobilizing Network (CMN), the national Catholic organization working to end the death penalty and promote restorative justice. “It reaffirms that every life is sacred and has God-given value.”

California currently has 737 men and women on death row, making it the largest in the Western Hemisphere. Of these, at least two dozen individuals have fully exhausted their appeals, and were most at risk for imminent execution.

In addition to granting a reprieve of execution for those on the state’s death row, the governor’s moratorium will also shut down the execution chamber at San Quentin State Prison and withdraw California’s lethal injection protocol for the duration of his term.

Gov. Newsom’s cited the inherent defects of California’s death penalty, which he says has “discriminated against defendants who are mentally ill, black and brown, or can’t afford expensive legal representation.”

To date, twenty states have formally abolished capital punishment, the most recent being Washington
in October 2018. In addition, with today’s declaration, California joins Oregon, Colorado, and Pennsylvania—states that have also distanced themselves from the practice through governor-imposed moratoria.

These trends, which span the judicial, legislative, and executive offices of states across the U.S., punctuate the long-term decline in support for capital punishment among the American public, and Catholics in particular.

“As Catholics, we believe that human dignity is to be protected no matter the harm someone has caused or suffered,” said Vaillancourt Murphy. “Every person should have the opportunity for redemption.”