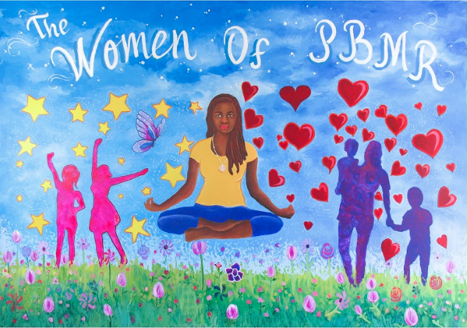 Accompaniment. To walk alongside youth and families, supporting them through obstacles and life’s moments is a major part of the work of Precious Blood Ministry of Reconciliation (PBMR) in Back of the Yards, Chicago. I have been employed with the Precious Blood Center as the Young Women’s Initiative Program Coordinator for one year and have gotten to know the Center’s core values quite intimately: radical hospitality, accompaniment, building relationships, relentless engagement of systems and stakeholders, and collaboration.

Not only have I gotten to know the core values, but I have witnessed how they are lived out in the lives of our youth and families.

Just a few days ago, I accompanied an 18-year-old mother to court— we’ll call her Andrea. Andrea was nervous for the appearance because she had violated the conditions of her bond a week prior with a new misdemeanor charge. After sitting in the courtroom for over an hour, a public defender approached us. She wasted no time telling Andrea that she would be taken into custody today. Reality hit hard.

Andrea is a regular participant at events and peace circles hosted by the Young Women’s Initiative at Precious Blood. The peace circles can take many forms, but most tend to be healing circles and celebration circles for the young mothers. The women share stories of hurts and triumphs and receive positive affirmation and love from one another.

I’ve seen how Andrea has navigated through the days as if all of her life were a battlefield. I’ve seen the pressures of her home life and the questions she has asked herself about who she will become in the future. Like a flower, I’ve seen her grow, just to wilt and then grow again. Yes, she has made some decisions and has owned her mistakes, but this was her restorative justice process and I wanted to journey with her.

I pleaded with the public defender. I shared the work of PBMR. I wanted her to understand that this young woman was not alone. She had a case manager, she had goals, and she had the entire PBMR Center who supported her and loved her.

Not long after, we were in front of a judge who had the right and the power to take Andrea into custody. Thankfully, the public defender supported my advocacy and shared our conversation with the judge. I was allowed to stand before the judge and further advocate for and accompany her. By the end of the court appearance, nothing had gone in vain.

On the car ride home, Andrea expressed her gratitude. She called her mother and boyfriend and said, “if it had not been for PBMR, I am not sure where I would be right now.” I smiled.

As I reflect, this experience is not about how a PBMR staff member helped to rescue a young woman from going to jail. This is an experience of the power of accompaniment in the restorative process. It is an experience that can attest to the power of relationships between youth, families, and a supportive community. The road may be long for this young mother, but she does not have to travel it alone.

Organizations like Precious Blood work as agents of reconciliation to build relationships among youth and families impacted by violence and/or conflict, create safe spaces where people can experience radical hospitality, hope, and healing, and promote a restorative justice approach to conflict and build a sense of community.

Andrea is a part of this community and with our accompaniment and circles, we will continue to ensure that she moves forward successfully. 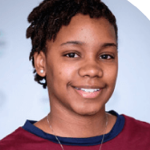 Karlyn Francois is the Young Women’s Initiative Coordinator at Precious Blood Ministry of Reconciliation in Back of the Yards, Chicago, IL. She provides mentorship and case management to young women who have experienced community violence and incarceration of self or loved ones.

Asking God for a sign amid life and death

A Catholic sister recalls her visits with Michael Ross before he was put to death in Connecticut's last-ever execution.