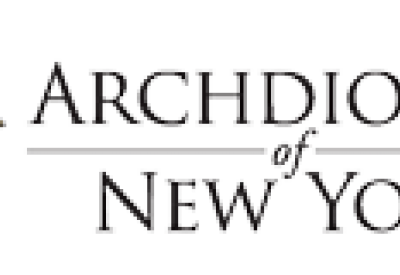 Maybe it’s because he preached these words in my hometown of St. Louis at Mass on his visit there in 1999, but the following teaching of Pope St. John Paul II has always had a special meaning for me:

“The new evangelization calls for followers of Christ who are unconditionally pro-life, who will proclaim, celebrate, and serve the Gospel of Life in every situation. A sign of hope is the increasing recognition that the dignity of human life must never be taken away, even in the case of someone who has done great evil...I renew the appeal I made...for a consensus to end the death penalty, which is both cruel and unnecessary.”

This was hardly the first instance of Pope John Paul’s expression of abhorrence for the death penalty. In the Catechism of the Catholic Church, which he commissioned and approved, capital punishment was reluctantly allowed, if such were the only means of defending other lives against an unjust aggressor. But Pope St. John Paul II, in his 1995 encyclical, Evangelium Vitae, stated that such cases were very rare, if practically non-existent.

Now Pope Francis has strengthened and formalized that teaching in bringing the Catechism in conformity with both his and Pope John Paul’s exhortations. The Holy Father has promulgated #2207 of the Catechism of the Catholic Church, affirming “no matter how serious the crime that has been committed, the death penalty is inadmissible because it is an attack on the inviolability and the dignity of the human person.”

With the clear and cogent clarification of the successor of St. Peter, there now exists no loophole to morally justify capital punishment.

For one, I thank God for the gift of the living magisterium (teaching authority) of the Church. The source of all the Church’s faith and morals is God’s revelation: in the Bible; in the Word Incarnate, Jesus Christ; in human reason reflecting upon God’s design evident in nature; and in the apostolic office of the Church. The magisterium, inspired by the Holy Spirit, brings clarity in applying God’s revelation to contemporary questions.

A half-century ago, as we commemorated three weeks ago, Blessed Paul VI did this in his prophetic encyclical, Humanae Vitae, applying the wisdom of God’s Revelation to perplexing questions on the regulation of birth. Now Pope Francis has exercised a similar ministry in bringing the light of God’s revealed truth to another contemporary question. God’s Revelation is living, not moribund. We Catholics consider the magisterium a gift, not a burden.

Two, the decision of Pope Francis was not a change in Church teaching, but a development. No Pope can contradict previous Church teaching. He can modify, clarify, strengthen, reaffirm, and expand. That’s development, not alteration. The Pope is the servant, not the master, of God’s revealed Word as preserved and passed on by His Church.

Three, this clear affirmation that human life is sacred and inviolable from “the womb to the tomb” shows the Church to be unequivocally consistent in its teaching. We are “pro-whole-life” as a young person told me, not just “pro-birth” but “pro-life”!

This, then, can be an invitation for us to unify and get our act together. Those often identified as “conservative” are dependably protective of the life of the baby in the womb, thank God, but some are soft on defending the life of a criminal on death row; while those termed “liberal” usually protest the death penalty, thank God, but allow abortion.

The Holy Father’s teaching, now in the Catechism, calls this what it is:  hypocrisy. As I remarked on CNN, “The Church equally opposes ripping a baby from the arms of his refugee mother at the border, and ripping the baby from the womb of her mother in an abortion.”

One can now hope that Catholics who point to their faith-formed conscience as the reason for their abhorrence of abortion, will do the same with the death penalty; and that Catholic leaders who point to Pope Francis as an inspiration for their opposition to the death penalty (like our governor) will likewise listen and oppose capital punishment for the baby in the womb.

As a Baptist minister friend told me, “Well, at least you Catholics are consistent!”

A fourth observation...I have to confess that my “gut” sometimes condones the death penalty. When I read of calculated, brutal murders, or the gunning down of a police officer—incidents we New Yorkers have to somberly face—I must admit my insides boil up and want revenge, want those murderers executed. I can’t deny that.

Yet, God calls us to the triumph of reason, illuminated by faith, to guide us. Our minds, hearts, and souls are sounder guides than our guts! The Lord, and our faith and morals, appeal to what Lincoln termed “the better angels of our nature.”

A fifth and final remark: this teaching of the Holy Father will be criticized and rejected by some, even by Catholics. But this is hardly new. Earlier I mentioned Humanae Vitae, for which soon-to-be Saint Paul VI was widely and viciously scorned. Neither Pope Paul nor Pope Francis bases Catholic teaching on popular acceptance or opinion polls. Many, even among Catholics, disagree with the Church’s teaching on marriage, sexual morality, for instance, or the just treatment of immigrants. But, we keep at it. We do not consult marketing firms, but the truth of God’s Revelation, as protected and passed on by His Church. It may not be popular; it sure is reliable...and true.