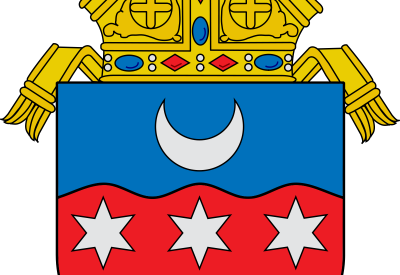 In 2015, Archbishop Sample came out with a statement calling for an end to the death penalty in the state and for support to promote the dignity and sanctity of all life. At the time, there was an Governor imposed moratorium on executions, effectively halting all death sentences while the Governor is in office. A portion of the statement is read as follows:

"On this day, November 30, The International Day of Cities for Life/Cities against the Death Penalty, I am pleased to express on behalf of the Archdiocese of Portland in Oregon, our support for the decision by Governor Kate Brown to continue the moratorium on executions in Oregon.

Governor Brown has answered the call issued by Pope Francis earlier this year to leaders around the world to mark the Church’s Jubilee Year of Mercy by ending the use of the death penalty. The Pope explained that now is an acceptable time to promote a growing maturity in respect for life and human dignity, and said that all Christians are called to work for the abolition of the death penalty.

The Church once acknowledged that the death penalty would be permissible in certain limited circumstances, but it was not to be used when other means of protecting the community are available and sufficient. It is therefore clear that there can be no place for the death penalty in a developed society such as ours because it is not necessary for us to use capital punishment to protect ourselves from harm. We have matured in our respect for life and human dignity. An examination of the realities of our death penalty system as it exists gives good reason to reject this approach to punishment.

Across the United States, 156 innocent people have now been found to have been wrongly sentenced to death and have now been released from death row. The financial cost of the death penalty is high, diverting resources that might instead be invested in services that are life-sustaining, not life-ending. It is clear that death sentences are not imposed according to objective standards of fairness; race, class, location, and other factors all play a significant role in a defendant’s chances of being sentenced to death. The decision to reject death in favor of life does not reflect a lessening of compassion for the families of those who have been victims of murder. Families continue to bear the burden of their grief and loss. Their right to see justice done on behalf of their loved ones is not diminished. But no peace can result from the violence of the death penalty. Archbishop Charles Chaput said it well, "The Church invites us to recover our own humanity, choosing God's higher road of restraint and mercy instead of state-sanctioned killing that implicates all of us as citizens."

The punishments imposed by our criminal justice system should reflect the inherent dignity of every human person. We do not believe that our community would benefit from the imposition of the death penalty on any of those sentenced to die. Just the opposite. We as the bishops of the United State are in agreement that "ending the death penalty would be one important step away from a culture of death and toward building a culture of life.” There are currently 34 people on Oregon’s death row. Despite the moratorium, death penalty cases continue to proceed through the appeals system and new death sentences can still be issued. The Archdiocese of Portland calls on Gov. Brown to take another step in building a culture of life and commute the sentences of all those on Oregon's death row to life without parole."