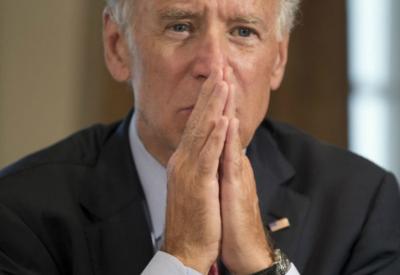 (Washington, D.C.) Through a national petition organized by Catholic Mobilizing Network, thousands of Catholics and people of goodwill are calling on President Biden, as his administration hits its 100th day, to fulfill his campaign pledge to dismantle the federal death penalty. Biden, who is Catholic, is the first U.S. president to openly oppose capital punishment and to have campaigned on an explicitly anti-death penalty platform.

“When President Biden took office 100 days ago, our country was in the aftermath of a horrific spree of federal executions ordered by the Trump administration,” commented Krisanne Vaillancourt Murphy, Executive Director of CMN. “Having seen the grave harm possible at the hands of an administration bent on taking lives, many Catholics were hopeful that President Biden would prioritize taking the steps within his power to dismantle the federal death penalty. But this has not yet been the case.”

In the final six months of the Trump presidency, the administration directed the executions of an unprecedented thirteen people, six of which fell during the lame duck period. The Trump administration’s first execution of Daniel Lewis Lee on Jul. 14, 2020 broke a 17-year hiatus — or “de facto moratorium” — on federal executions that had been in place under the two previous presidencies.

Since assuming office on Jan. 20, President Biden has yet to publicly address the issue of capital punishment.

Catholic Mobilizing Network launched its petition to then-President-elect Biden on Jan. 8, 2021, just a few weeks prior to the Inauguration. Since then, the petition has accumulated more than 7,500 signatures, including those from prominent Catholics such as: Sr. Helen Prejean, CSJ; Most Rev. Joseph Fiorenza, Archbishop Emeritus of Galveston-Houston; Most Rev. Ramon Bejarano, Auxiliary Bishop of San Diego; Most Rev. William Medley, Bishop of Owensboro; Most Rev. Richard Pates, Apostolic Administrator of Crookston; and Most Rev. Oscar Solis, Bishop of Salt Lake City.

In a comment on the petition, Sr. Prejean wrote: “Mr. President... I urge you to use the fullness of the power invested in you to commute every federal death sentence from death to life. Be bold, President Biden! Truly, what would Jesus do?"

Catholic Mobilizing Network continues to collect petition signatures. All people of goodwill are invited to take action at: catholicsmobilizing.org/biden-end-federal-dp

“History has shown us that for an administration to ignore or passively distance itself from the federal death penalty is tantamount to leaving the door open to future government killing sprees,” said Vaillancourt Murphy. “As a Catholic called to uphold the Church’s teaching against capital punishment and as a president with promises to keep, President Biden should declare an official moratorium on federal executions, commute the sentences of those on federal death row, and urge Congress and the states to remove death penalty from law.”